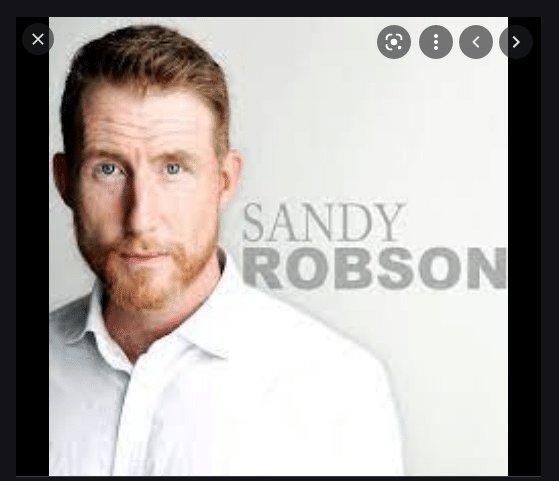 Sandy Wayne Robson, popularly known as Sandy Robson who is a Canadian actor. But here you will be amazed to know that he is a person with multiple talents as he is not just an actor, yet a director, editor, and writer as well. And the actor flaunts the incredibly amazing talents that make him set apart from others. In 2015, he debuted as a writer and a director through a feature film named ‘Skyquake’ since then, he has made his career in these fields to make his career prolific. While he is also known for appearing in movies including ‘Minority Report’, iZombie, Dead Rising 2′, and many others that are worth sharing to watch. However, this does not end here as we are going to share some lesser facts about the dashing man. So, just give it a read!

The well-known Canadian actor, Sandy Robson was born on 6th November 1973 in Peterborough, Ontario. While he was raised and grew up in Toronto, Canada. According to his date of birth, his zodiac sign is Scorpio.

Sandy Robson has worked on many projects including acting, writing, directorial, and so on. But he became famous for giving the best performance in films, like; Crazy Canucks, War for the Planet of the Apes, and iZombie.

Robson is a man who is blessed with multiple talents. Yes… He is the most celebrated star who has the ability to manage all his professions altogether, such as; acting, directing, writing, and editing as well.

The actor Sandy Robson has established himself as the best star as he has made his extensive career by working in feature films as an actor, directed and written several movies, and also made various guest appearances in films and telefilms.

Sandy Robson has got the privilege to work alongside Hollywood biggies, such as; Jayden Greig, Dan Payne, William Shatner, Yang Yang, and others who are famous for their undeniable talent and performances.

The actor has hosted the game show titled ‘Trash to Treasure’ for which he got much appreciation from his fans and the viewers who loved the style of his hosting.

The actor, Sandy Robson also became famous for portraying the role of ‘Dude’ in ‘The N’s television series titled ‘About a Girl’ for which he got acclaimed among youth, fans, admirers, and the viewers who could not stop praising him.

Along all these professions, here you will be amazed to know that Robson has featured in many theatrical productions, such as; one-man show ‘Full Committed’ in which he played 40 characters. Woohooo!