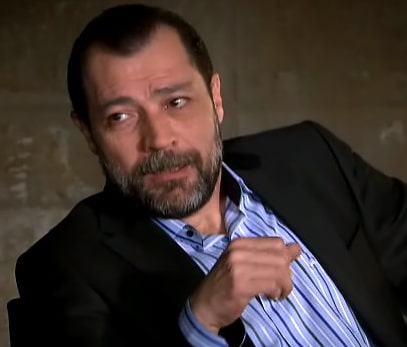 Seda Yildiz is a well-recognized Turkey-born actor. His popularity is not limited to Turkey only but he is famous in other countries too, thanks to his globally praised series, Kurulus Osman.

If you are fond of the Turkish series and have seen the world-famous Turkish series, Kurulus Osman, it would be impossible that you are unfamiliar with the name and fame of Seda Yildiz, who is an important part of the series we discussed above. Learn some unknown facts about him below.

Few people might know this interesting fact about Seda Yildiz that he is a travel lover. He never misses an opportunity to travel. Traveling is one of his hobbies and his favorite destinations are Bangkok and Spain.

Seda Yildiz has another side of him that is most probably hidden from the eyes of common people and it is his active reading hobby. He is a great book lover and loves to explore Turkish as well as international literature.

Seda Yildiz is very active on social media. He has accounts on both Facebook and Instagram where he shares his life and projects every now and then. He loves to remain attached to his fans through social media. On Instagram, about 30k+ people are following him while on Facebook too, he has many followers.

4. Far far away from controversies

Seda Yildiz is a gentle and kind person by nature. Unlike other celebrities, who want to be in a limelight by creating controversial scenarios, Seda Yildiz is totally the opposite. We have not heard his single controversy till today and this clearly shows that he doesn’t believe in dirty tactics to be in media.

5. His reason to quit Kurulus Osman

He is deeply attached to the role of Sufi saint, but it is said by him that he would not be a part of the new seasons of Kurulus Osman due to the weakening of his character which ultimately affects the historical significance of this character. He made this shocking announcement on his Instagram account last year with a long, deep post. [1]

Here we will tell, an interesting side of your favorite celebrity and this is his beautiful photography. He does impressive photography of nature, food, and city life which you can easily see on his Instagram account.

Seda Yildiz is, by all means, a true family-oriented person. He posts updates and pictures about her daughters every now and then. His posts clearly show that he admires his daughters a lot and is in favor of women’s empowerment.

It must be an interesting fact for you that your favorite celebrity is a great fitness freak. No matter what’s going on in the world, he remains committed to his fitness routine which includes a special diet plan, gym, and healthy lifestyle.