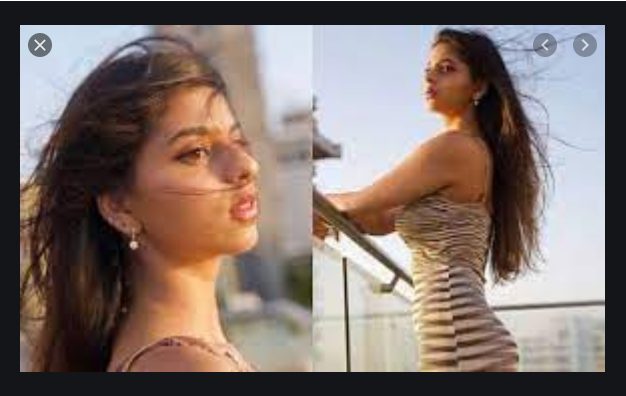 Suhana Khan is not new for us as we all know that she is the daughter of the renowned Indian film actor, Shahrukh Khan, and her mother, Gauri Khan is a well-known interior designer. Shahrukh Khan has three kids Abraham Khan, Suhana Khan, and Aaryan Khan. While Suhana Khan is the second child and aspiring to be an actress. Currently, she is doing modeling assignments for many brands and doing efforts to join the industry. Alongside, being a star child, she is also a sensation on the internet. Suhana Khan is looking forward to learning from her seniors so that she can join the showbiz. Well, there are many things that you probably did not about her. So, let us have a look at these unknown things!

Suhana Khan is an avid user of social media and loves interacting with her millions of fans and followers with whom she shares her pictures. The celebrity child star becomes a sensation on the internet.

The gorgeous, Suhana Khan is a great football player and has won many tournaments for her school. She has represented her school in various sports competitions and the captain of the Under-14 team. It seems she is a champ and gaga for sports.

Besides sports, she has a love for dancing, and also, she became a part of the POP dance video of Shiamak Davar’s Summer Funk Show at Shanmukhananda. Apart from this, she often practices dance forms.

4- Aspired to become an actress

Suhana Khan once shared her wish that she wants to become an actress in the future. And soon, she will join the acting school in America after completing her formal education. We wish her the best of luck in her future endeavors.

Being a music lover, she loves listening to her most favorite singer, Zayn Malik, and once she revealed she is a huge fan of him. Zayn Malik is a former member of One Direction. It seems she loves British Pop Music.

Besides other interests, the most talented emerging model, Suhana Khan is good at writing skills as she was awarded at the Katha National Story Writing Competition.

The actress loves spending her leisure time doing various activities including hanging out, catching up with friends, loves coffee and bounding trips with her friends.

Suhana Khan is known for being so humble, kind, smart, and mature. In fact, she takes mature decisions in her life, and her parents trust her and constantly preventing her from making bad decisions.