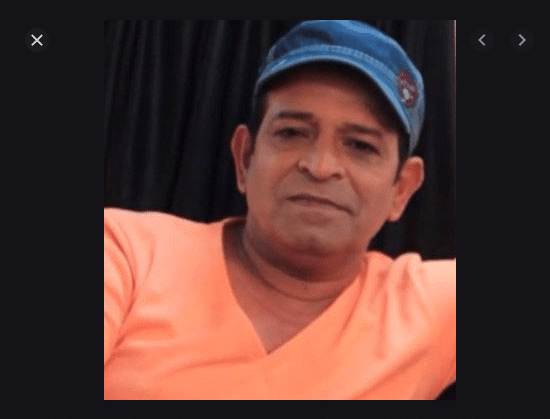 Sharad Sankla was born on 19 June 1965 in Mumbai, and he completed his education in college. To become a performer, the Indian actor discontinued his education. The black hair colored star tied the knot of eternity to Premila Sankla. The couple has two angelic kids, a daughter, and a son. They named them Kritika and Manav. The superstar is well-known for the character of Abdul he portrayed in a drama on the small screens. For his curious fans, the 8 things they did not know about him are:

In many cinematic experiences in the Bollywood industry, Sharad Sankla enacted significant characters, for example, Baadshah, Khiladi, Baazigar, Jaagruti, Pyaar Tau Hona Hi Tha, and Hum Hain Bemisaal. However, later, he struggled to get work for eight years. With his portfolio, the actor moved around the doors of producers. However, he could not find any impactful role to add to his career graph. Apart from showcasing his acting chops to entertain the cinema-goers, the actor has donned other professional caps because of his unmatchable interest in the field of performing arts. The star has helped directors- the captain of the ships and taught dance moves to actors. The superstar cast newbies in movies and enchanted his fans by showing mind-blowing acting skills in the Marathi industry.

In 1990, the star entered the Bollywood industry through the movie called Vansh. This film was his launch-pad in the world of glitz and glamor. He played a vital role in this venture. However, he received Rs. 50 for showing his acting prowess in it only.

The superstar owns two dine ins in Mumbai. Their names are Charlie Kabab in Andheri and Parle Point in Juhu. He said that he has to work hard for a secure life for his kids in the days to come. He believes that he should save some money in his bank accounts because the famous comedy serial he is part of these days might end someday.

Sharad Sankla, the black-eyed artist, appeared in an ad on television. It belonged to Ed Cherry Blossom shoe polish. He entertained the audience by playing the role of Charlie Chaplin in it. The mind-blowing performance won him a lot of praise.

Asit Kumarr Modi produced the comedy-drama Taarak Mehta Ka Ooltah Chashmah. He was a class fellow and friend of the actor in high school. When he approached him to enact Abdul, then he could not refuse him. Initially, in a month, the star played the character for a couple of days. However, he experienced a new life when it earned him recognition.

Apart from acting, the superstar likes to sing. He loves to travel. Fans can see the tales of his travel-journeys on social media and get inspired.

Sharad Sankla is active on social media platforms. He uploads pictures and videos with family and friends regularly for his admirers.

For trusts and NGOs, the 55-years-old actor does charity. However, he does it secretly. The star has helped many individuals to excel academically. He has lent money to many people who required it.