She graduated from the USC University of Southern California. Nina Lu is best known for her role as Tiffany Chen on the sitcom TV series Bunk’d during seasons 1 and 2 from 2015 to 2017. But she would not be returning for Bunk’d season 3. Nina Lu likes to read, write, sing, roller skate, and skateboard.

She also shares the song covers on her Instagram account. It seems like she has a pleasant voice and plays the guitar well. Nina enjoys the activities such as ice skating, swimming, and traveling. Recently, she shared her last batch of prom pictures with Ethan Alex Lee and shared photos together. 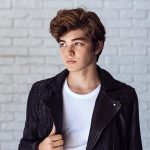 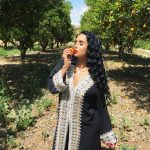