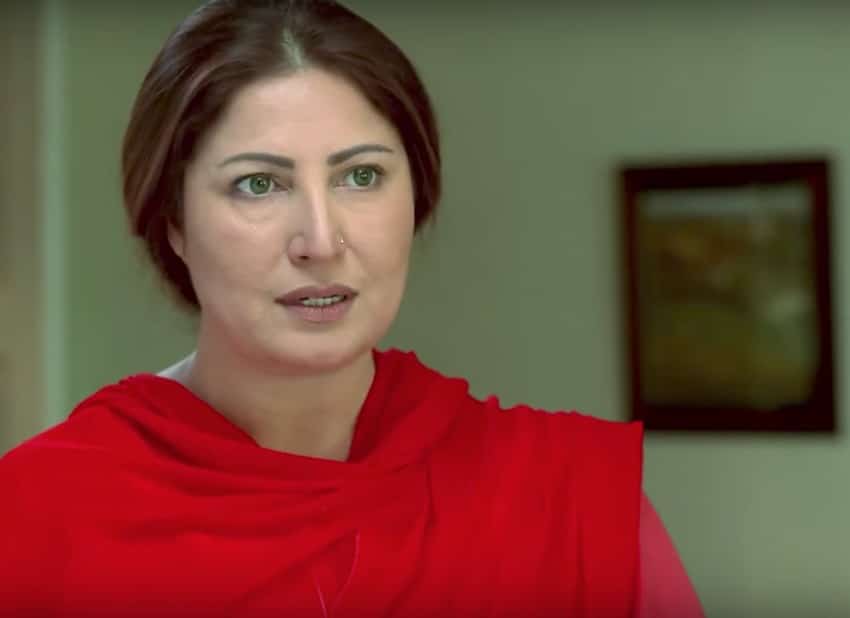 Saima Noor is a dominant film figure of the Punjabi and Urdu films. She is a Pakistani film actress who has worked in the numbers of Pakistani dramas. She was born on 5th May 1967, in Multan. Saima belongs to a Pashtun family. She is one of the highest-grossing actresses and has been performed as a lead character during the 1990s to 2000s. She has acted in more than 300 films of almost all the film genera, like supernatural, action, romance, and comedy. Saima got married to a well-known Pakistani director Saeed Noor in 2005.

Saima started her career journey with her debut as a supporting actress in the 1987 film “Griban”. She was introduced by Nagina Khanum to the film industry for this film and mostly acted in the Punjabi movie during her early years of her career. After her first film, she was stepped up and starred as a leading role in her second film, “Khatarnaak”, along with Sultan Rahi, and Ismael Shah under the direction of Akram Khan.

Saima gains her recognization as leading actress in the Lollywood along with her critical and commercial successes with the starring in 1998 musical-romantic, crime film “Choorian” it was the huge success of her career and the film was the highest-grossing Punjabi-language film which made ever in Pakistan. The film also gathered a total amount of Rs. 200 million from all around the world. Saima also made her Lollywood debut in the Urdu film as a leading actress when a famous filmmaker Syed Noor who is now her husband, introduced her in the Urdu films. She played the lead role of Tanya in an acclaimed revenge thriller Urdu film “Khilona” alongside Meera and Saud.

In 2000, she played a very notable and versatile role of a fearless girl who is a female, has Tarzan type of living in the jungle, where swings on vines, rides elephants, etc.  The film is “Jungle Queen”, directed by Saima’s husband Saeed Noor and.

In 2016, she was appeared as paying the tribute to the martyr Aitzaz Hasan in his death anniversary by acting in a Pakistani biographical film “Solute”. The film was directed, written as well produced by Shahzad Rafique and casting by Ali Mohtesham, Ajab Gul along Saima Noor as a leading role. This film is based on the life of a schoolboy of Hangu district in KPK who lost his life to opposing a suicide bomber to prevent the detonation of a bomb in his school. His act of kindness saved the life of roughly 2000 Pakistani.

Saima has also appeared in numerous TV shows and plays. Her first acting was played in the drama serial ‘Piya Naam Ka Diya’ alongside Erum Akhtar, and Nouman Ijaz which was aired on Pakistani popular TV Channel ‘Geo TV’. Where she portrayed the role of a singer. The drama was critically acclaimed. Her other most notable performances in television are:

Saima is one of the highest-grossing actresses of the Pakistan film industry of all time. She was one of the leading film actresses of Pakistan in the 1990s. After her critical and commercial acclaimed in “Choorian” she left behind the top actress of Pakistan, such as Meera, Reema, Resham, and others. She was also cited as being lucky for the film industry The Express Tribune.

“She is now one of the biggest names in the industry”