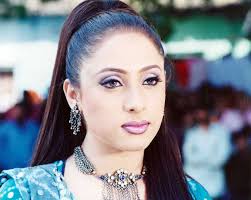 An Indian former actress, Sanober Kabir, who is the daughter of Sabiha and NS Kabir and the niece of the veteran, popular Indian actor, Raza Murad. She is known for appearing in her debut film named ‘Mother 98’ which was directed by Sawan Kumar Tak. In the film, she shared the screen space alongside Rekha.

Sanober Kabir has acted in a few Bollywood movies as she decided to move her focus on her televison career. She has worked on some television serials including ‘Arzoo Hai Tu’, ‘Karishma’, and many others.

Among other televison credits, ‘Tum Bin Jaun Kahan’ is one of the most popular. Besides, she established her career as a singer as well.

The actress-cum-singer gained much popularity in both her professions and that’s like a real triumph of her career life. Many of her fans are admiring her work and performances.

In 2010, Sanober Kabir married the actor Rajeev Singh who was emerged as a winner of 2001 Manhunt International.