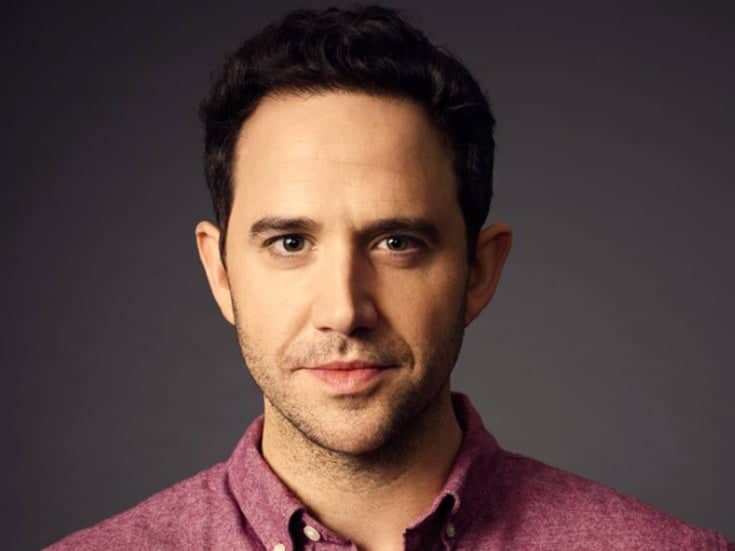 Santino Fontana was born on 21st March, 1982 in Stockton, California. He is an American Television actor, entertainer, and renowned singer. Santino Fontana’s mom Sharon Marie Fontana, was a teacher in a high school whereas his dad, Ernest John Fontana was an agronomist. During his youth days in Richland, Washington, he completed his high school education from Richland Secondary School in 2000.

Further, Santino Fontana contemplated art and theatre studies at the Institute of kids’ performance center, situated in Richland, Washington. He likewise attended the Interlochen Center of Arts for the Arts Camping. In 2004, Santino Fontana pursued his Actor Training Program BFA, at the University of Guthrie. As an individual representative of the Essentials Company, Santino co-composed the melodic parody Perfect Harmony, and initiated the character of Philip Fellowes V in 2005.

Santino Fontana featured in the exhibition of the Shakespearean classic in The Guthrie Theater’s performance as Hamlet in 2006. After that, he relocated to New York City to stare in the Off-Broadway series The Fantasticks, where he played the role of Matt. In 2007, Santino Fontana made his debut Broadway performance alongside George in the TV series Sunday in the Park. Amid 1st October, 2008 to 4th July, 2009, Santino Fontana portrayed the character role of Tony in the Billy Elliot’s Broadway Production.

In 2010, Santino Fontana was granted the Drama Desk Award for Best Featured Actor in regard to his outstanding performance in the memoirs of Brighton Beach. Later, Santino co-featured in the Broadway production of Rodgers and Hammerstein’s Cinderella as Prince Topher. Santino Fontana turned into the leading performing actor of the Mormon Tabernacle Choir where he depicts multiple roles over the course of about 1 year.

He likewise starred in the CW’s sentimental melodic serial Crazy Ex-Girlfriend. In addition, Santino Fontana portrayed a depicting character of Michael Dorsey in the stage melodic revival of the movie Tootsie, which debuted at the Cadillac Palace Theater in Chicago in 2018. Santino Fontana meets his co-actor, Jessica Hershberg, at the Birdland Club. They started dating and later on get married in September 2015.

Known For: Voice of “Hans” in Frozen Movie