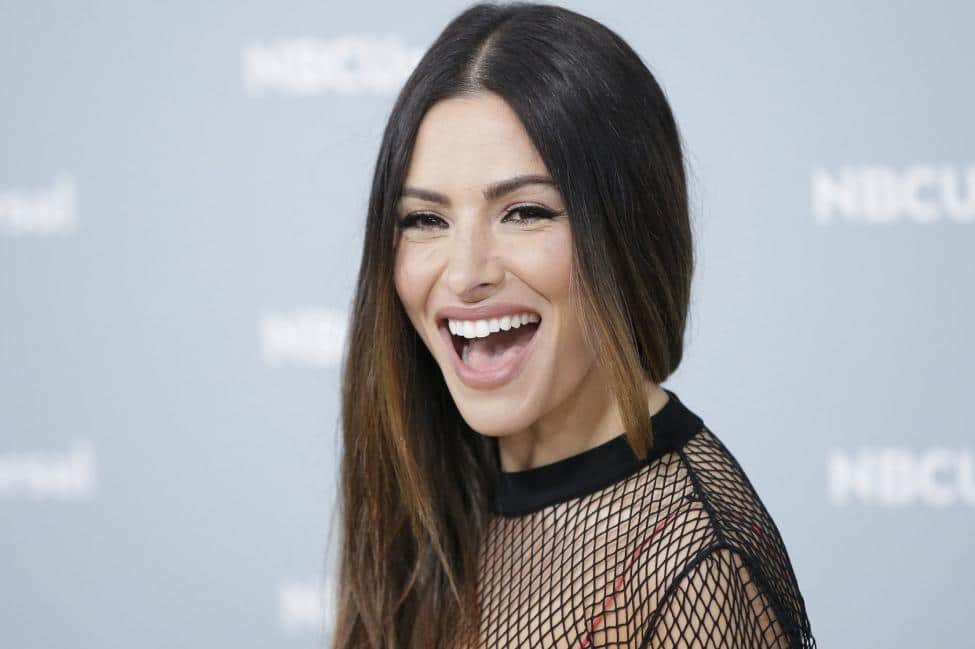 Aahoo Jahansuzshahi (Persian), whose professional name is Sarah Shahi, is an American actress and former NFL cheerleader. In 2008, she played Carmen in The L Word, later in Fairly Legal (2011 – 2012) she played as Kate Reed.

She has played many crime thrillers and detective type roles in her movies/series and out of which in Funny Faces (2012–2016) CBS crime thriller series she played as Samina.

Aahoo Jahansozshahi was born and raised in Euless, Texas, USA. She is the daughter of Abbas Jahansuz Shahi and Mahmonir Sorushazar (an interior designer). Her parents divorced each other when she was just 10 year old.

When Shahi was an extra at the 2012 Monte Carlo TV Festival on the set of Doctor T and Woman in Texas, Shahi met director Robert Altman, who encouraged her to go to Hollywood in various Play a role in this series.

She also played Faro in the second season of Sleeper Cell. In 2007, she played Zoe in Rush Hour 3, a well-dressed wealthy girl chased by Detective Carter played by Chris Tucker.