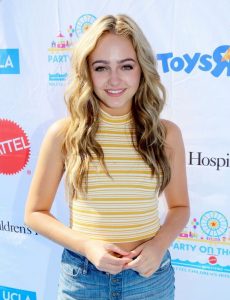 She is best known for her roles in the sitcom Gamer’s Guide to Pretty Much Everything (2015, TV series) and the action L.A.’s Finest (2019, TV series). Reynolds grew up in Vancouver, Washington, a countryside of Portland, Oregon. She has an older brother. She moved with her family to Los Angeles when she was 15.

Reynolds started dancing at three. She then trained in ballet, jazz, contemporary hip hop, and tap dance. Her dance teachers suggested she try acting. So Reynolds tried acting to expand her tendency, finally falling in love with the profession.

She starred in the horror-comedy fantasy film Mostly Ghostly: Have You Met My Ghoulfriend? (2014) as Cammie Cahill. Also, she voiced the character Juniper in the superhero comedy-drama animated Big Hero 6: The Series (2018-2021, TV series).