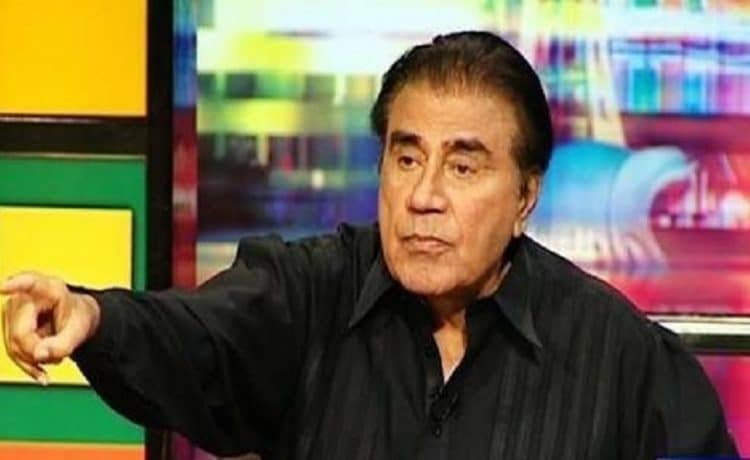 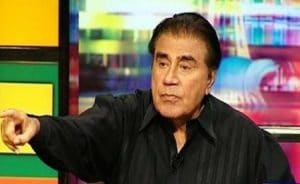 Tariq Aziz who was a famed Pakistani TV host, film and TV actor, popular for his TV show “Neelam Ghar” which was aired in the year 1974. The show was later renamed the “Tariq Aziz Show” and then, “Bazm-e-Tariq Aziz”. He was the much-acclaimed star who was known for his slogan line “ Dekhti Aankhon, Sunte Kaanon Tariq Aziz Ka Salam”. He was the first face who joined the TV industry in Pakistan. Also, he became a member of the National Assembly of Pakistan (1997 to 1999).

The veteran artist was born on 28th April 1936, Jalandhar and belonged to an Arain family. He was the son of Mian Abdul Aziz.  Tariq Aziz did graduation from the Government College, Sahiwal. The legendary star died on 17th June 2020.

Tariq Aziz took the start of his career at Radio Pakistan, Lahore. In November 1964, PTV started its first broadcast from Lahore, Tariq Aziz was the one who became the PTV announcer. Later, he moved to the TV screen and hosted several shows but the show that became his identity was “Tariq Aziz Show”. This gave him commercial success. Also, he interviews many big celebrities on the show. After some time, he established his career in the field of acting and he made a debut movie “Insaniyat” which was released in the year 1967. In the movie, he worked alongside the famed actor Waheed Murad and actress, Zeba. Later, he worked in another movie “Haar Gaya Insaan”. Meanwhile, he did a variety of TV programs and morning shows. Also, he organized charitable programs. From the 1960s to 1970s, Tariq Aziz performed in various films for which he gained huge recognition.  Apart from acting, he joined a political career and joined PPP in 1970. He also took part in Bhutto’s rallies and was known for “Firebrand Socialist”. In 1996, he joined a Muslim League(N) and became a member of the National Assembly Pakistan from Lahore. He also joined Pakistan Muslim League (Q) during the ear of Pervaiz Musharaf’s Presidency. Tariq Aziz was also a philanthropist and donated various organizations. Alongside this, he wrote few books in Punjabi including “Hamzad Da Dukh”, “Iqbal Shanasi”, “Hazar Dastaan”, and Footpath Se Parliament Tak” are notable.