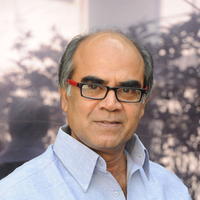 Thalaivasal Vijay is a film and TV actor, hailing from India and worked in Malayalam and Tamil cinema. He has acted in various movies and TV shows for which he became an ace artist. And you will be amazed to know that he has worked in more than 200 movies throughout his career. He is mainly known for the role played in the debut movie “Thalaivasal” which was released in 1992. Since then, he became famous and got much recognition and also honored with the title of Thalaivasal. While his real name is Vijay.

The veteran, versatile actor took the start of his career with a debut movie “Thalaivasal” which was released in the year 1992. For the performance, he received much acclaim and love from his fans. Since then, he frequently appeared in a variety of Tamil and Malayalam movies and TV shows. Alongside this, he has also worked as a dubbing artist. He has worked in the cinema since long and marked his special identity with his elegant, remarkable performances. Undoubtedly, he won the hearts of millions of his fans. While his fans noted him for his unique roles. In 2010, he appeared in the Malayalam movie named “Yugapurushan in which he played the role of Narayana Guru. Mostly, he played supporting roles and character roles but there is no doubt that he portrayed every role effectively. Vijay has spent 25 years of his life working as an actor in more than 200 movies.

Vijay has acted in the most popular movie “Thalaivasal” released in the year 1992, for which he got much recognition and also honored with the same title which has now become his identity.