Théodore Pellerin (born on June 13, 1997) in Quebec, Canada. He is a Canadian film and TV actor. He started his acting career in 2014. The son of Marie Chouinard, who is a dancer and choreographer, and his father, Denis Pellerin, who is a painter.

He is best known for his role as Vincent in the crime drama film “Family First” (2018) in the French language. He won the Prix Iris in the category of Revelation of the Year at the 20th Quebec Cinema Awards. Pellerin also earned the Canadian Screen Award for Best Actor at the 7th Canadian Screen Awards.

In a recent interview, he talked about his career. “I like to work a lot, then when I started working like 16 years ago, it was really because I had like a need to do something with my life. I was like a sort of time when I was tired of being in school and then doing nothing.”.

“My parents pushed me anyway to go for the audition at Robert Gravel School because it was nearer to where we live,” Théodore Pellerin added.

“But I wanted to go to a private high school. I’m someone who likes order. Because I enjoy being a student, I enjoy doing homework. But also I wanted to do something, so I listened to my parents.” 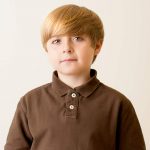