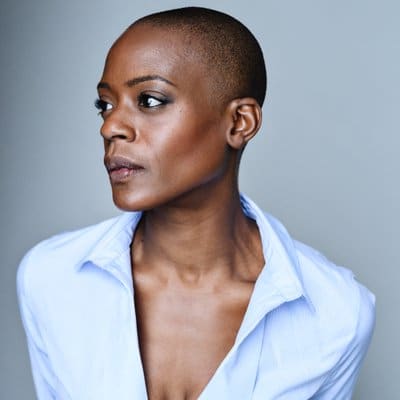 T’Nia Miller is a British actress, known for her appearances in television series, including Witless from 2016 to 2018. She also acted in Years and Years in 2019, Free Rein in the same year, and The Haunting of Bly Manor in 2020.

Miller is a trained actress and got trained from the Guildford School of Acting, from which she completed her graduation in 2004. The actress is best known for her shaved head as she is in love with her skull. After the first time shaving her head, she never thought about regrowing her hair.

In 2007, T’Nia Miller made her acting debut through a drama series Dubplate Drama (2005) in which she acted in its three episodes. Later, she appeared in The Bill (TV series, 1983). Also, she acted in Holby City (1999) before starring in her first role as JJ in the 2012 feature film named Stud Life.

The actress, T’Nia Miller, has achieved tremendous acclaim and recognition for playing a variety of roles nicely. She is best known for her tremendous performances.

Known For: Famous for starring in Doctor Who tv show