Vasilisa was born in Moscow where she grew up and studied at Art Theater School (MHAT) for one year. But she left it and studied in GITIS. She did the same and left it. Then she entered VGIK and graduated from the institute in 2019. The actress auditioned for the film “Beanpole” by Kantemir Balagov.

Vasilisa started off her career and debuted with ‘Beanpeople’ directed by Kantemir Balagov. She also acted in the play named “Future.doc” by Teatr.DOC. Director Dmitry Sobolev.

Since a young age, Vasilisa wanted to become an actress, and just after completing her graduation, she started her acting career.

As her dream come true and she got the chance to work with the troupe of the Theatre on Malaya Bronnaya where Konstantin Yuryevich Bogomolov became the artistic director in the same summer.

Among other acting credits, some of them are popular including “Norm” (Tatiana, Era) Dir. Maxim Didenko.
, “The Snake Woman” (Bendredin, Kansade, Alcina) Dir. Oleg Dolin. She also appeared in the Minecraft computer game “Nedorosl” Dir. Edgar Zakaryan, Work in TV shows: (It was in different years of childhood)
, “And in our yard” (Olga Muzaleva); Red Bracelets (Natalia Meshchaninova); “The Queen on Performance” (Olga Lysenko).

Vasilisa Perelygina is known for her outstanding performance given in the “Beanpole” by Kantemir Balagov. It’s a Russian historical drama which was aired in 2019. 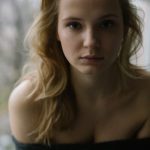