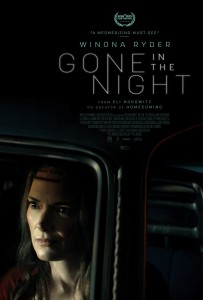 When Kath and her boyfriend arrive at a remote cabin in the redwoods, they find a mysterious younger couple already there. Her boyfriend disappears with the young woman, and Kath becomes obsessed with finding an explanation.

Gone in the Night Official Trailer

Gone in the Night Cast