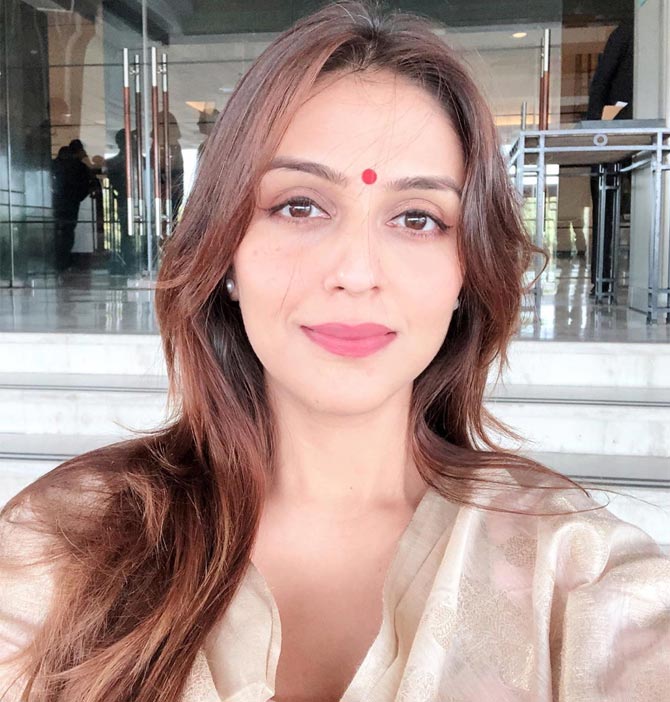 Aarti Chabria is an uprising Indian movie actress and model who came into public attention once she won the title for Miss India Worldwide 2000. This beautiful actress is popular in Bollywood film industry as well as in the modeling industry and has appeared in a number of Bollywood movies like Shaadi No 1 and became noticeable after conquering the winning title in colors TV hosted stunt-based reality Show Khatron ke Khiladi in the year 2011.

Aarti Chabria was born in Mumbai, India on 21st November 1982. She was born to Mrs. Ashok Chhabria. She completed her school education in Mumbai and move ahead to study in United States in New York film Academy. At present, Aarti Chabria is single and is 32 years old. She is a dusky tall actress weighing around 52 Kg and with a height of 5 feet 4 inches.

Aarti Chhabria made her first Bollywood appearance with the movie Tumse Acha Kaun Hai in the year 2002. She won masses of hearts of Indian viewers with her charming beauty right after this film was released all across India. After casting directors and directors noticed this performance, she was casted in movies like Raja Bhaiya, Ab tumhare Hawale Watan Saathiyo, Teesri Aankh: The hidden camera, Shaadi no 1, partner and Ssukh. Aarti Chhabria is a gracious and charming actress and has received a number of awards and accolades for her remarkable acting in the movies.

In 2011, Aarti Chhabria also appeared as a part of Khatron ke Khiladi season 4.  She was a runner up at first, and no one anticipated her to win. Though, she manages to turn the game in her favor and appear as a winner in contrast to popular belief. Khatron ke Khiladi is a by-production of famous American stunt based reality show titled Fear Factor. Khatron ke Khiladi is broadcasted on Colors TV and directed by Endemol.

There were numerous other female contestants, but no one was proficient enough to win this battle, everyone excepting Aarti Chabria who emerged as the winner for Khatron ke Khiladi. She performed a number of death resisting stunts from dangerous angles and heights impeccably to prove her worth. Aarti Chhabria someway subsisted until the grand finale and ultimately won the show, thus winning the hearts of fans worldwide. Not only was she an ideal candidate for the show, but she was also an ideal sportsman who contributed with the best sportsmanship spirit.