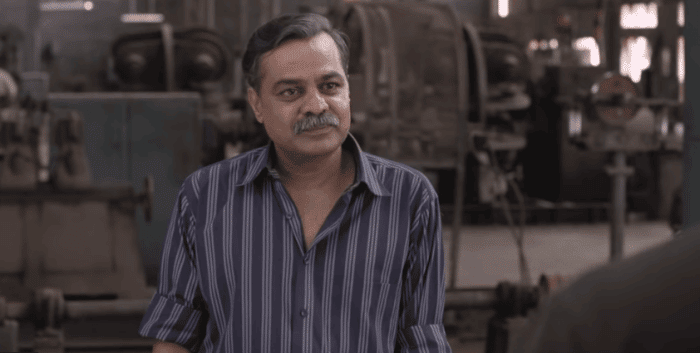 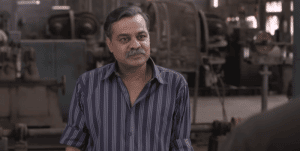 Achyuth Kumar is a renowned Indian actor who predominantly appears in Kannada movies. He was born in Tiptur, India on March 8, 1966. He hails from Tumkur district wherein he was born and raised up. He completed his schooling in Tiptur and afterwards earned his B.Com degree from Kalpatharu First Grade College. He completed his graduation from Bangalore University. Whilst he was in college, he was highly fascinated towards theater plays and afterwards got an opportunity to be trained at Ninasam in Shimoga Karnataka. Though he is as active personality on theatres, he was noticed by a TV and film director Girish Kasaravalli to portray the leading role in a television series titled Gruhabhanga. He got a supporting role in this series.

Achyuth Kumar’s career in the films initiated in 2007 once he got two Kannada movies, portraying the role of a father and similar roles for other movies. These movies comprised off Aa Dinagalu and Moggina Manasu. This gave him immense recognition in acting world making him to get other movies. He starred in more than 12 movies one after another in a shorter time period for three years. A few of his movies include Manasaare, Josh, Naanu Nanna Kanasu, Prithvi, Beli Mattu Hola, Gubbi, Puttakkana Highway, Veerabahu, Panchamrutha, , Rajadhani, Johny Mera Naam,  Aata and Lifeu Ishtene only to name a few.

A few of his most recent films comprise off Srinivasa Kalyana, Hejjegalu, Amaraavati, Aake, Urvi, Raajakumara, Mugulu Nage, Vikram Vedha, Athiratha, College Kumar, Kanaka, Raju Kannada Medium, Tagaru, Iravukku Aayiram Kangal and Chalo only to name a few. A few of his future movies involve Avane Srimannarayana, Thurthu Nirgamana, Mayabazar, KGF, Thayige Thakka Maga,  Londonnalli Lambodar and Iruvudellava bittu. He is featuring in many of these movies whilst only a few are in post-production stage.

In the movie Hejjegalu, Achyuth Kumar portrayed the role of Kodanda, a gambling fanatic who wastes money reserved on loan, being struggled to create by his daughter. Achyuth’s remarkable performance in this movie earned him Karnataka State Filmfare Award for the Best Supporting Actor. Achyuth Kumar received immense praises for his role of Shivappa, a forager in Amaraavati. In the movie Urvi, solely based upon the nuisance of child trafficking, he portrayed the role of Devarugunda, a powerful man who kidnaps females and compels them for prostitution.  He has won a number of Filmfare awards for movies including Hejjegalu, Josh, Lucia and Drishya whilst also got other awards.