Alison Sudol is an American actress. She was born on 23rd Dec 1984 in Seatle, Washington, USA. The stunning star is blessed with multiple talents. She is a good singer, songwriter, and music video director. She is notable for her amazing contribution to the Hollywood film and music industry.

She was born to parents who worked as dramatic arts teachers. Her parents, Sondra (Fraser) West-Moore, and acting coach John Sudol. She then moved to LA after her parent’s separation. It was the time when she was just 5.

Alison Sudol had a passion for singing and music. She grew up listening to a variety of music of her all-time favorite singers, like; Ella Fitzgerald, Swing, Aretha Franklin, and many others.

Among others, her most favorite music influencers are Bob Dylan, Johnny Cash, Simon and Garfunkel, and others.

She then took interest in acting and decided to pursue it as a career. She acted in many but became famous for appearing in the Fantastic Beasts films ‘Fantastic Beasts and Where to Find Them’ in 2016, and many others that are popular. In the film, she appeared as Queenie Goldstein for which she got immense love and appreciation.

She also lent her voice to many video games. She acted in many films, TV series, web series, and short films as well. Moreover, she has done a lot of work on music-related projects.

However, the most talented and ambitious lady has made her prolific career by working in multiple acting and music projects. It seems she is on the right track since the beginning of her career.

Alison Sudol has achieved much fame and recognition in her career life. She puts her efforts to get famed and become a successful iconic star in the Hollywood film and music industry.

Known For: Singer A Fine Frenzy 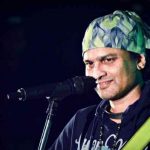