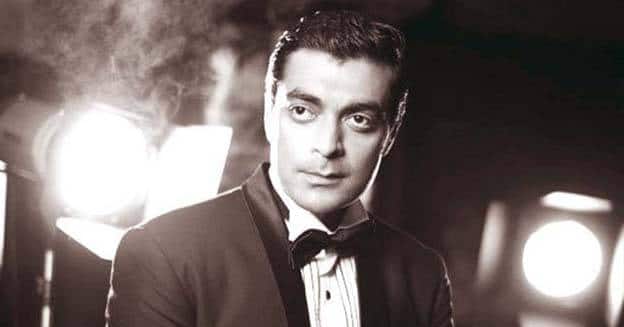 Alyy Khan is a Bollywood actor who also appeared in various tv serials and dramas. He also recently worked in Geo Tv’s Saat Pardon Mein along with other popular tv stars like Qaisar Khan, Tariq Jamil, Mikaal, Sabeen Baloch and others.

Alyy Khan was born in Karachi and had moved to the UK as a six-year-old with his parents, and so he held a British passport. When he was about nine, the family shifted to Mumbai where he studied and subsequently worked. Marriage to a Pakistani woman, who was of Pakistani origin, meant that staying in India was no longer an option. So, he decided to move to the UK. This shift opened up many more vistas on the professional front including Bollywood and Indian tv.

Alyy Khan is popular as well as a flourished actor of Bollywood, Hollywood, and Lollywood. He has earned massive fame as an actor in three reputable film industries of the world. Alyy Khan was born in Karachi, Pakistan on 6th December 1968, though his family settled in Mumbai, India when he was only 9 years old. Afterward, Alyy moved to the UK with the intention of getting a diploma in Television and Film Production from Pimlico Media and Arts College, London.

Alyy Khan initiated his career through Television and theatre. For the very first time, Alyy Khan starred on the small screen in an Indian Television serial titled ‘Kash-m-Kash’ aired on DD Metro in 1995. He has appeared in a number of other Indian drama serials of different channels like ‘Talaash’ ‘Yeh Hai Raaz’ ‘Lipstick’ of Zee TV, ‘Chehre Pe Chehra’ of Star Plus, ‘Bombay Blue’ of Channel 4, ‘Dushman’ of DD Metro and many more. In 2003, Alyy Khan made his first Bollywood debut with the movie ‘Stumped’. In the following year, he starred in another Indian horror movie ‘Sssshhh’. He earned massive admiration as an actor in Bollywood by his role in the super hit movie ‘Don 2’ wherein he worked with legendary Shah Rukh Khan. Alyy has been part of numerous other megahit movies including ‘Luck by Chance’, ‘Nazar’, ‘Jo Hum Chahein’ ‘Aazaan’ and ‘Unfreedom’. In the year 2001, he stepped into Hollywood with the movie ‘Deham’. After that, he worked in a number of English movies like “Everywhere and Nowhere’ and “Traitor”. Presently, he is working on his movie ‘The Valley’.

Alyy Khan has also starred in British Television serials including ‘Partners in Crime’ of BBC One, ‘The Philanthropist’ and ‘Indian Summers’, etc. He joined Pakistan showbiz industry right after his marriage and he starred on the small screen of Pak TV industry in the year 2008. His first serial was ‘Yeh Zindagi Hai’. After that, he appeared in numerous top-rated serials like ‘Aap Ki Kaneez’ ‘Saat Pardon Mein’ ‘Maryam’, ‘Zara Aur Mehrunnisa’ Khuda Mera Bhi Hai’ ‘Pakeeza, ‘Woh ‘Ek Pal’, ‘Mohabbat Aag Si’ ‘Deewana’, ‘Shehrnaz’ and many more. In 2013, Alyy Khan made his Lollywood debut with the movie ‘Anjuman’, afterward he starred in the movies ‘Actor In Law’, ‘Mah-e-Mir’ and ‘Zindagi Kitni Haseen Hay’. Alyy was also given voice to the role of ‘Young Mangu’ in animated movie ‘3 Bahadur’. He is also a talented TV host and hosted ‘1st Indian Telly Awards’. Afterward, he hosted a cooking reality show ‘Foodistan’ which was a mutual project of NDTV, India and Geo TV, Pakistan.