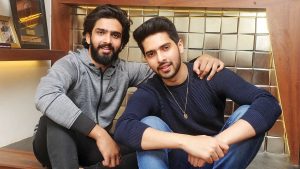 Amaal Mallik is an Indian music director, singer and lyricist in the Hindi film industry hailing from a singing family. He was born on 16 June 1991 in Mumbai, Maharashtra. He is the grandson of Sardar Malik and son of Daboo Malik. He studied in Jamnabai Narsee School and finished his graduation in Bachelor of Commerce from N.M. School in Mumbai. He practiced piano and finished his graduation at Trinity College of Music. (Western Classical, Jazz, and Rock) under the direction and mentorship, he got from educators including Benny, Xavier Fernandes, Tony Pinto, and Joy Bose. He also prepared learned Indian classical music casually under the guidance of his grandfather Sri Sardar Malik.

Amaal Mallik started his profession at a young age. After finishing his tenth grade year, he proceeded to assist film score composer Amar Mohile for the soundtrack of Sarkar (2005) and Shootout at Lokhandwala (2007) at 15 years old, later proceeding onward to delivering and organizing music for his dad in movies like Kisaan(2009), for which he worked together on a remix track of “Unimportant Desh Ki Dharti” with pop singer, Daler Mehndi.

He had written Jingles for Reliance, Zapak, and Polio mindfulness when he was only 16. He has an enormous female fan following and they call themselves Amaalians. In 2015, the year when he turned 19, the year when his original song Main Rahoon Ya Na Rahoon ended up amazing for which he received two GIMA Awards and turn into the Youngest Singer to accomplish at this early age.

Amaal Mallik made these songs in a single album under the restrictive contract with music label T-Series which were altogether created by Bhushan Kumar.