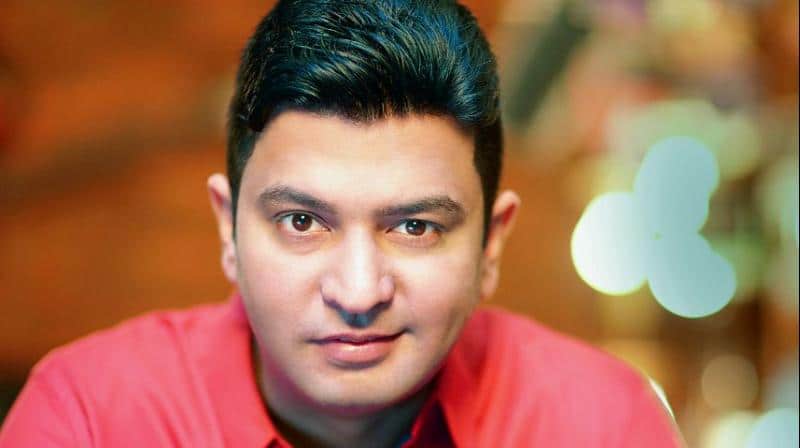 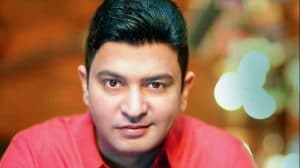 Bhushan Kumar is a renowned Indian filmmaker, music composer and producer. He is managing director and the chairperson of Super Cassettes Industries Limited, commonly recognized as T-Series. Bhushan is predominantly recognized for his remarkable work in Bollywood.

Bhushan Kumar was born in Delhi, India on November 27, 1977. He was born to Sudesh Kumari and Gulshan Kumar. On 13th February 2005, Bhushan tied the knot with Divya Khosla at Maa Vaishno Devi shrine. The couple was blessed with a son who born in the year 2011.

In the year 1997, Bhushan Kumar took complete control of Music Company called T-Series once he was only 19 years old after his father passed away. He moved ahead to become Managing Director and Chairman of this music company. As a Managing Director, Bhushan Kumar expanded company’s business into CDs, electronics, cassettes, film production and audio/video tapes.

In the year 2013, Bhushan Kumar produced a movie titled Nautanki Saala. In the following year, he released a new edition of the movie Aashiqui, Aashiqui 2. The movie substantiated to be a turning point for Kumar’s production house as it was considered as one of the megahit blockbusters of the year 2013.

On 3rd April 2017, Bhushan Kumar signed an agreement with Akshay Kumar ahead of Lord Shiva temple for the movie Mogul, which is an authorized documentary specifically based upon the life of his father.

Known For: Being the Chairman and Managing Director of Super Cassettes Industries Limited (T-Series)