Amanda Schull was born on 26th August, 1978 in Honolulu, Hawaii. She is an American Television and Film actress and expert ballet performer. Amanda Schull’s mother Susan Schull, is the present leader of Hawaii Ballet. Amanda went to Punahou School for pursuing early education.

When Amanda Schull was 17 years old, she was granted a scholarship for ballet dancing at Indiana University. Amid her graduation in journalism, she went to the Intensive Ballet Summer School in San Francisco. In 1999, at the point when Amanda’s University scholarship finished, the director of Summer Ballet School awarded her an apprenticeship. In this way, Amanda becomes a member of the San Francisco Ballet.

Amanda Schull played the character role of Jody Sawyer in the film center Stage during her apprenticeship at the San Francisco Ballet in 2000. Later, Amanda was given a role on the hit sitcom My Family and Me as Davina Mayhan that aired on YTV. Amanda moved to Australia for the shooting of the picture Last Dancer where she portrayed a noteworthy character of Elizabeth Mackey, in May 2008. In 2010, this film was premiered in North America.

Amanda Schull co-featured as a guest appearance on the Television drama series Lies to Me which premiered on FOX TV in 2009. That year, Amanda was featured along with Courtney Thorne and Lucy Hale in the Lifetime Film Sorority Wars. She likewise featured as Sara, who was the soul of Robert Buckley’s expired spouse on the CW occult drama series One Tree Hill.

In 2009, Amanda featured in the TV series Ghost Whisperer in a supportive guest role. Furthermore, Amanda Schull starred in a recurring role of Meredith, in the ABC Family drama arrangement Pretty Little Liars. Amanda Schull showed up as Lucinda, who has a resemblance with Cinderella, in TV drama series Grimm in 2012.

Amanda Schull has shown up in the drama series Suits in the repetitive role of Katrina Bennett on the USA Network since 2013. Amanda Schull was given a role on the TV drama arrangement 12 Monkeys, as Cassandra Reilly in November 2013. 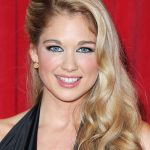