Anne Frances Murphy aka Annie Murphy was born on 19th December 1986.  She hails from Canada and works in the Hollywood film industry where she did many projects. She is mainly known for portraying the role of Alexis Rose in the CBC sitcom television series Schitt’s Creek started in 2015 and ended in 2020. She got critically acclaimed for her performance and was awarded the Primetime Emmy Award.

She was born in Ottawa, Ontario, Canada. Her parents used to work as teachers. She joined Elmwood School in Ottawa where she performed in stage productions. She then enrolled at Concordia University from where she pursued a degree in theatre performance.

She then took classes at the Canadian Film Centre Actor’s Conservatory from where she learned acting. Later, she moved to Los Angeles at the age of 22 where she pursued acting as a career.

In 2007, Annie Murphy started off her acting career and made her debut through the crime-thriller television film named ‘Lethal Obsession’. She then continued acting and performed small and extra roles in various films. Some of them are popular like; Story of Jen, which was released in 2008, ‘Lick’ released in 2010, and another hit ‘A Windigo Tale’ which was released in the same year.

Additionally, she appeared in Canadian television series, such as; Good God’ aired in 2012, ‘Rookie Blue’ , which was aired in the same year. It seems she has the ability to work on multiple acting projects.

At the beginning of her career, Annie was a struggling actress and had a hard time working to prove herself and her skills to get fame. Moreover, her standout performances proved her the best star in the film and entertainment industry.

She has made a prolific career by working on a variety of acting gigs. She is such a great and talented actress who has won the hearts of many.

Annie Murphy is an award-winning actress and a recipient of many awards. She was honored with the Screen Guild Award, PrimeTime Emmy Award, Screen Actors Guild Awards, two Critics’ Choice Television Awards, One Golden Globe Award, and also, won several nominations for her brilliant performances.

Known For: Her Role as socialite Alexis Rose in the comedy TV series Schitt’s Creek (2015–present). 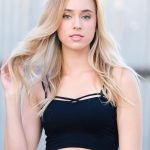