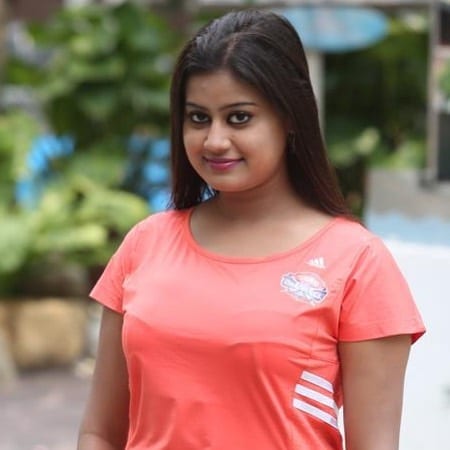 A dancer, anchor, and actress, Ansiba Hassan is from Malayalam. Her debut role was in the 2013 Tamil film Paranjothi, directed by Gobu Balaji. During her appearance in Jeethu Joseph’s 2013 hit Malayalam movie Drishyam, she played the role of Anju, the daughter of a cable TV operator.

She was born on 18th June 1992, and the eldest one amongst the six siblings. Her father’s name is Hassan and her mother’s name is Rasiya. She is basically from the Calicut district of Kerala, India. She has done graduation (BSc) in Visual Communication.

During her career life, the actress has worked in South Indian movies and has worked in many most popular movies. She is mainly known for appearing in the Malayalam film named ‘Drishyam’ (sequel), for which she got huge plaudits.

She is famous for not being an actress, yet a director as well. She is known for her directorial debut named ‘Allu And Arjun’ released in 2021.

Among other acting credits, some of them are prominent on the list including ‘Badarul Muneer Husnul Jamal’ a Malayalam film. In the feature film, she appeared as Sulekha.

Apart from acting and direction, Ansiba Hassan is also known as a brilliant writer who has worked on a Malayalam film named ‘A Live Story’ in 2018. She also directed the film by herself.

Her other film credit includes a Tamil movie named ‘Siva Siva’ which was considered the best release of the year 2016.

The actress, Ansiba Hassan is regarded as one of the most talented, most celebrated actresses in the South Indian cinema who has been constantly treating her fans with wonderful performances.

College: Hindusthan College of Arts and Science
University of Calicut