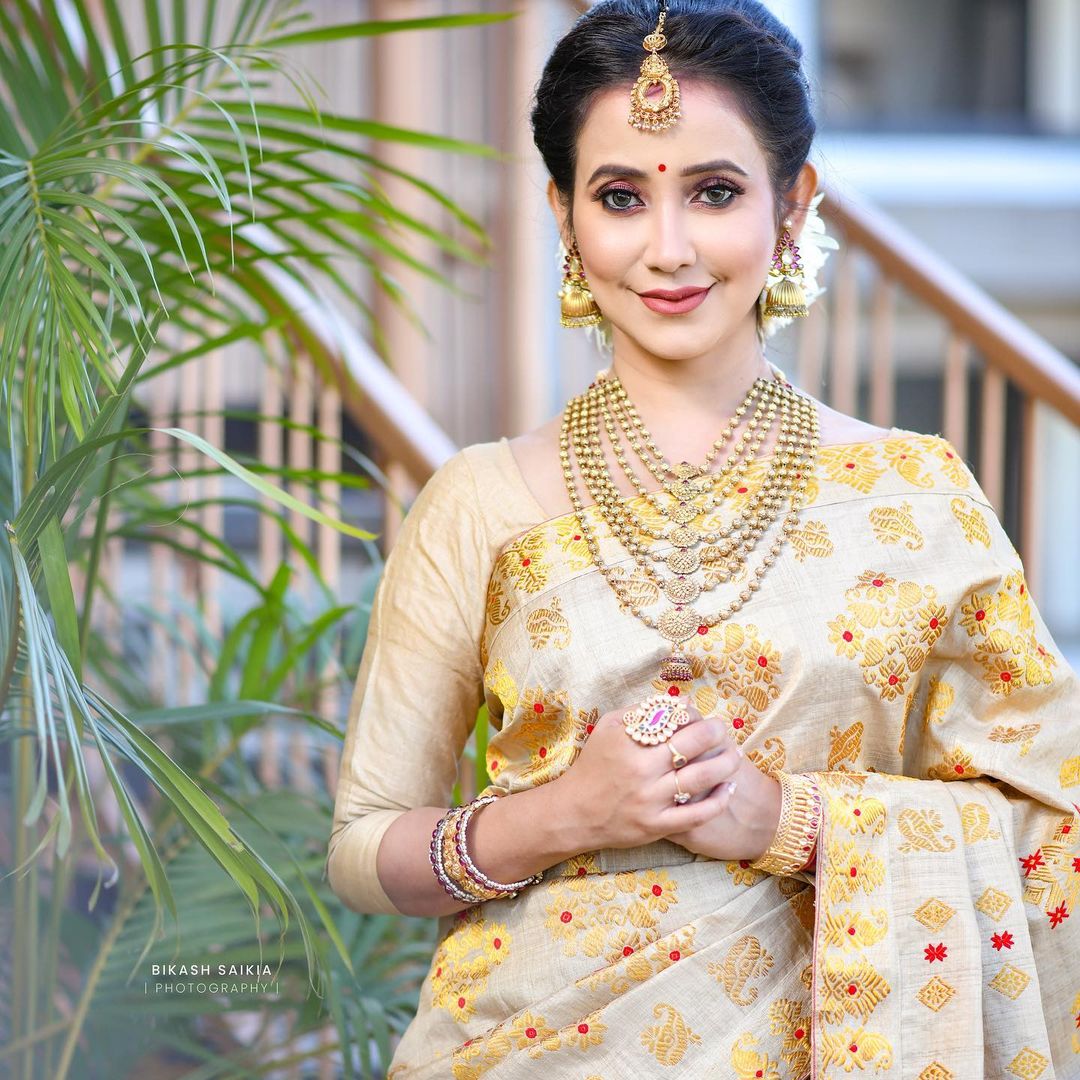 Barsha Rani Bishaya is an Indian actress who primarily works in Assamese cinema. Apart from acting, she is also a part of the Mobile Theatre groups of Assam. She is also a Bihu dancer in Assam. Bishaya also acts in many popular vcd films, TV series, and telefilms, and hosted shows.

Barsha Rani established a broader career and is known for appearing in many super hit films and telefilms. Also, she has acted in many television serials. Besides, she hosted several TV shows.

In 2021, the actress, Barsha Rani acted in the short film named ‘Sorry’ in which she played the role of Varsha.

She started off her career in 1998 with a debut film named ‘Joubone Aamoni Kore’. Since then, she continued acting as a career and subsequently appeared in many films including ‘Bukur Majot Jowle’ (1999), ‘I Love You’ (2001), ‘Mitha Mitha Logonot’ (2002), and many more that are worth sharing.

From 2013-2021, the actress, Barsha Rani won the Prag Cine Awards for the films including ‘Me & My Sister’, ‘Khel- The Game’, and ‘Ratnakar’ for the Best Actor Female.