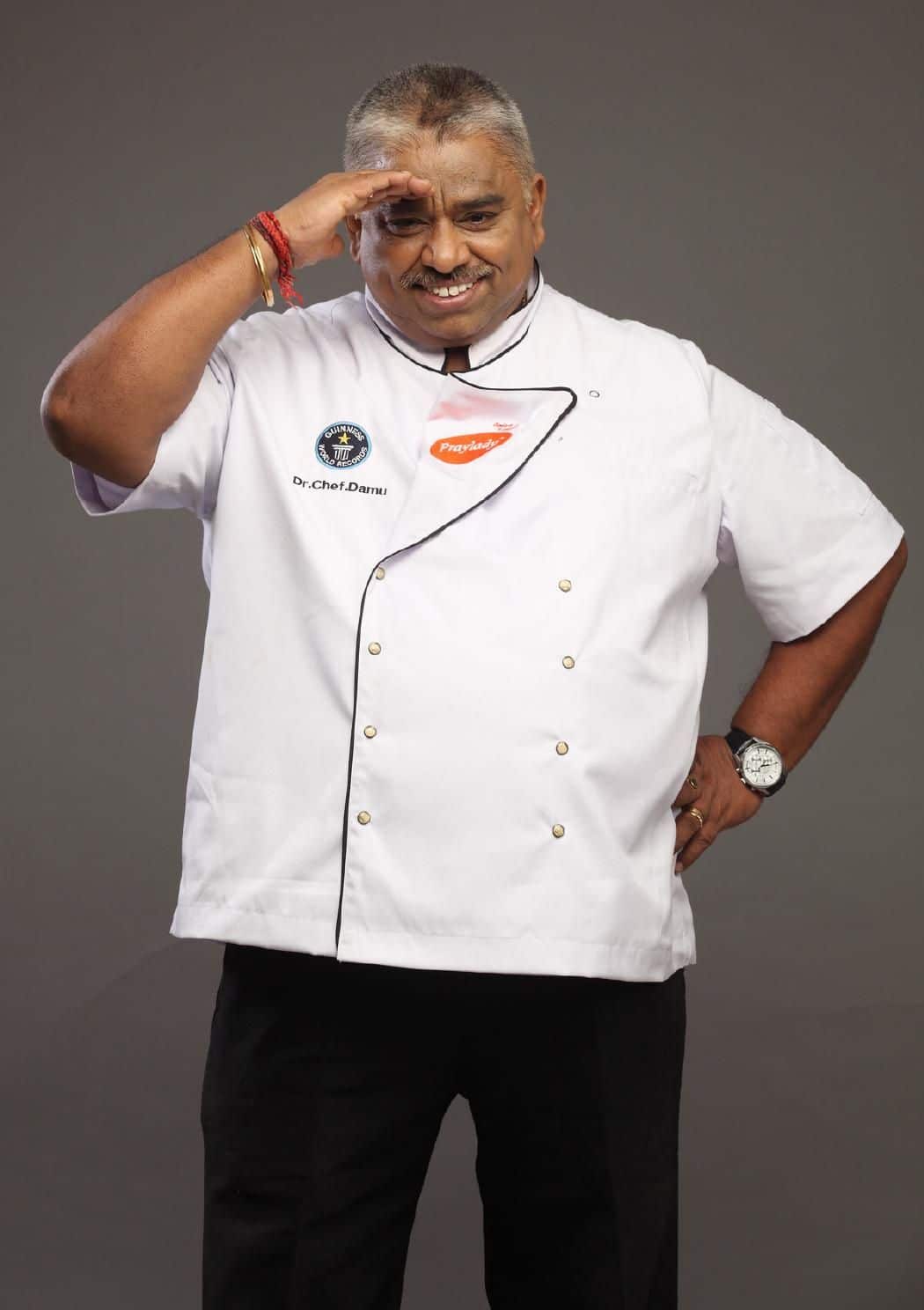 Dr. Chef Damodharan. K or Damu is a well-known TV host. He is a great show presenter and a good TV cook who has appeared in many primetime series of recipes that he presented on a TV channel. Also, he loves to demonstrate traditional, delicious South Indian recipes and make culinary items for his viewers. He also visits villages and towns to know about their dishes and then he shares recipes of such items.

Besides making a career as Chef, he also made a film debut with “Ulkuthu” in the Kollywood film industry in which he worked alongside Rajendra, Caarthick Raju, Bala Saravanan, and others. He is mainly known for his Cookery Show, aired on Jaya TV and Polimer TV. The show named “Suvaiyo Suvai” which was broadcasted every Friday. Another show named “Namma Ooru Samayal” which was aired on Polimer TV and telecasted daily in an afternoon.

South Indians are big fans of Chef Damo as he is one of the famed Chefs who demonstrates various delicious dishes and won the hearts of many with mouth-watering recipes.

Alongside this, he hosted another show titled “Samayal Darbar” which was aired on NDTV Hindu.

He also traveled to various countries, such as; France, Singapore, England, Chennai, Thailand, and others. He always in search of best continental, delicious recipes to enthrall his fans and viewers. In search of the best foods, he became a great food writer. He flaunts his cooking style and unique, scrumptious recipes.

Chef Damodharan honored with the Guinness Record for preparing the longer ever Dosa which was about 49.4 feet and also tried to make the biggest idli. Also, he was the victor of a Lifetime Achievement Award for providing a good service, and the award presented by South Indian Culinary Association.