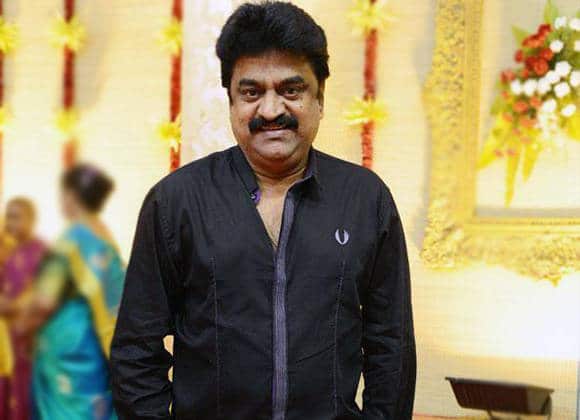 Chinni Jayanth is an extraordinarily talented person who is blessed with multiple skills. He is a great comedian, actor, director, producer, and a mimicry artist and works in the Tamil film industry. He is known for his amazing talent that he explored himself in various fields. He played various roles, such as; lead roles, supporting roles particularly in Tamil movies.

He was born on 26th July 1960, born to Krishnamurthy Narayanan, studied from Ramakrishna Mission Students Home. Later, he did graduation from Royapettah College. Afterward, he did acting classes and did a Diploma in Film Technology, (DTECH) from the Film & Television Institute of Tamil Nadu.

Chinni Jayanth is mainly known as a television personality as he hosted some hit shows like; “Saalai Vs Ragalai”, “Kalakka Povathu Yaar” and “Asathapovathu Yaaru” which was aired on Sun TV and got much recognition.

In 1984, he started his career with an eccentric role of a villain in the movie “Kai Kodukkum Kai” which was directed by J. Mahendran.

He also worked as a great comedian and won the hearts of many with his comic sense and skills. Also, he appeared as supporting roles in some hit movies, such as; “ Chinna Pulla”, “Kizhakku Vasal”, “Idhayam”, “Kannedhirey Thondrinal” and others are worth sharing to watch.

In 1994, he won much acclaim for the performance in Chinna Pulla in which he worked along with Revathi. In the movie, he played the role of a mentally retarded person. The movie was the first production of his own production house named “Ashtalakshmi Creators”.

While one of his first directorial was the movie named “Unakkaga Mattum”. Later, he directed another film named “Kaanal Neer” in which J.K. Rithesh and Manisha Chatterjee were featured and played as lead roles.

While another directorial is “Neeya Yen Kaadhali” which was released in the year 2010. In the movie, Suresh Menon and Brian Jennings played effective roles.

Among various honors and awards, he was awarded the Kalaimamani Award which was given by the Government of Tamil Nadu for the contribution and excellence in the field of cinema. The award was presented by the Honorable CM of Tamil Nadu at Valluvar Kottam.