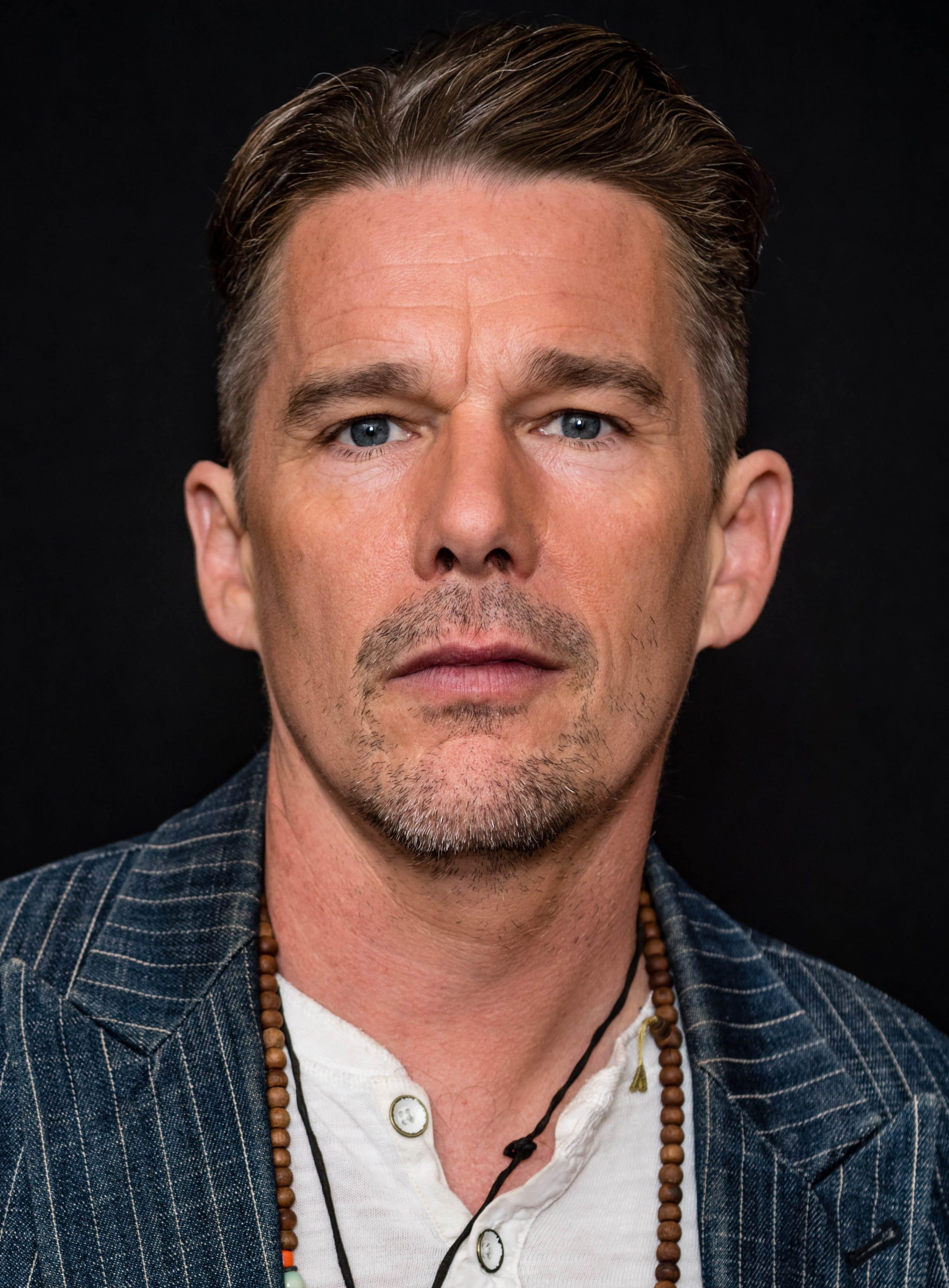 Ethan Green Hawke (born on November 6, 1970) in Austin, Texas, U.S. He is an American actor, filmmaker, and screenwriter.

He has received nominations for four Academy Awards and a Tony Award. As a director, he released three feature films, three off-Broadway plays, and a film. As a writer, he has also written three novels and one graphic novel. He began his acting career with a leading role Benjamin “Ben” Crandall in the science fiction feature Explorers (1985). He made a breakthrough appearance in the drama film Dead Poets Society (1989).