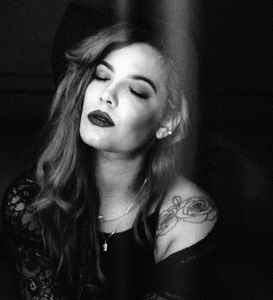 Ashley Nicolette Frangipane aka Halsey (born on September 29, 1994) in New Jersey, U.S. She is an American singer and songwriter.

Halsey has two younger brothers. She played the violin, viola, and cello, later she moved on to the guitar when she was 14.

During her childhood, her family moved often, as her parents worked many works. By the time she reached her teen years, she had joined six schools.

She received attention from self-released music on social media platforms. Later, Astralwerks, an American record label, signed her in 2014. In the same year, she released her debut extended play “Room 93”.

Later that year, she released her debut studio album, “Badlands” on August 28. Which was confirmed as Double Platinum by the RIAA. In 2016, Chainsmokers featured Halsey on the single “Closer”. It was at number one on the charts in over 10 countries.

In 2017, Halsey released her second studio album, “Hopeless Fountain Kingdom”, which comprised more “radio-friendly” music than her past releases. It got at number one on the 20 of the Billboard Hot 100 with its single “Now or Never” and “Bad at Love”.

In 2020, Halsey released her third studio album “Manic”, which became the best-selling album across the world. Its single “Without Me” became the most successful single as a lead artist.

She released her fourth studio album “If I Can’t Have Love, I Want Power” in 2021. Billboard announced Halsey has sold over 1 million albums and gained over 6 billion streams in her native U.S.

Time Magazine has introduced Halsey to the annual list of the 100 Most Influential People in the World in 2020. She has also been engaged in suicide prevention awareness, sexual assault victim advocacy, and racial justice protests.

Known For: Her singles “New Americana” and “Ghost” from her debut album “Badlands.”