Hannah Waddingham was born on 28 July 1974 in Wandsworth, London. She is an English actress and singer. She is best known for her contribution to renowned musical theater and for her starring role in the 2020 comedy television series Ted Lasso. Hannah is one of the finest actresses of Hollywood and she has appeared in several TV series including Game of Thrones.

Her mother Melodie Kelly was an Opera singer just like her grandparents. Hannah Waddingham was graduated from the Academy of Live and Recorded Arts, she has had a successful career in the London Theatre.

As we’ve mentioned above that Hannah’s mother, Melodie Kelly was an Opera singer, and hence singing was in Waddingham’s genes. She pursued her acting and singing career beginning from the West End Musical Theatre, London. She has had a bright career as she portrayed the Lady of the Lake in Spamalot both in the London production and then on Broadway. She was highly praised for her portrayal of Desiree Armfeldt in Trevor Nunn’s revival of A Little Night Music.

In mid-2010, Waddingham played the Witch in the production of Into the Woods at London’s Open Air Theatre.

Hannah begun her journey with the role of The Wicked Witch of the West in the West End production of The Wizard of Oz, which opened on 1 March 2011 at the London Palladium. However, She left the production on 4 September 2011. In 2012, Hannah starred in Chichester Festival Theatre’s revival of Kiss Me, Kate. Currently, she is appearing in the famous Apple TV+ comedy series, Ted Lasso.

Hannah Waddingham received Laurence Olivier Award nomination for the category ‘Best Actress in a Musical’ for her role in Spamlot, A Little Night Music, and Kiss Me, Kate, in the year 2007, 2010, and 2013 respectively.

She won the Critics’ Choice Television Awards and International Online Cinema Awards for her role in Ted Lasso in 2021 with the category ‘Best Supporting Actress in a Comedy Series.’

Known For: Famous for starring in The Wizard of Oz Movie 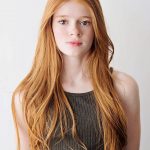 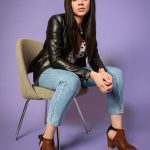