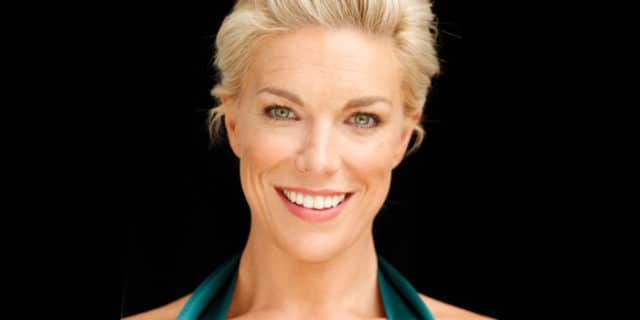 Hannah Waddingham is an English actress and singer. The theatrical actress has performed a number of parts that were already well-known before she took them on. But she helped to make them even more well-known by making them unforgettable in her own unique manner.

If you’re not familiar with the gorgeous English actress, now is the time to get to know her because she’s someone worth getting to know.

1. Singing Runs in the Family

Hannah’s mother was an opera singer too also her mother’s grandparents were also both professional opera singers. This clearly tells us that the actress has got her abilities from her parents

She’s also a television actress and was cast as “Septa Unella” when the fifth season of “Game of Thrones” began, and she made history with the role.

3. Gives Birth to Child Before Game Of Thrones

She landed her iconic role on one of the most popular television shows of the new millennium just nine weeks after giving birth to her own daughter.

She and Headey chose to film a specific scene together in Game of Thrones without the assistance of anyone else. The actress said that although she was quite uncomfortable doing it she knows thes things are not actually gonna kill us.[1]

She is a woman who places a high value on her own privacy and protects it at all costs. She doesn’t talk about her personal life very often.

She was nominated three times for the “Lawrence Olivier Award” also she has got many awards for being a best-supporting actress in Comedy Series “Ted Lasso”.[2]

She is well-known for her significant contribution to West End musical theatre.

She made cameo appearances in single episodes of the TV shows Coupling and William & Mary early in her career, as well as the original London stage productions of The Beautiful Game and Tonight, ‘s the Night.