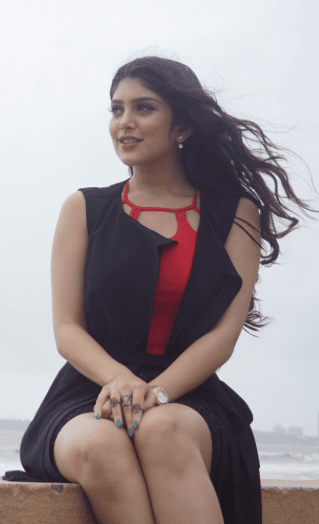 Ishitha Chauhan is a well-known Indian model and actress. She was born in Pune, India on 14th September 1989. Ishitha primarily works in Malayalam, Tamil and Hindi movies. She looks so talented, pretty, beautiful, charming and popular for her superlative acting. Ishitha Chauhan is currently making her debut in Anil Sharma’s movie “Genius”, together with Utkarsh Sharma, released on 24th August 2018.

Ishitha Chauhan is the daughter of Dr. Rooplekha Chauhan. She had one brother named Vikram Singh Chauhan. She is still unmarried and not dating someone. She is a follower of Hinduism, Her caste is Kshatriya and her star sign is Virgo.

Talented actress Ishitha Chauhan completed her schooling in Pune city. Once completing her 12th, she settled in Mumbai for her career in Bollywood. Presently, Ishitha is a student of Bachelor of Arts course in Mumbai. Ishitha Chauhan height is 5 ft. 5 inch and Weight 55 Kg. Her Body Sizes are 34-28-34 Inches. She wears dress size 4 and shoe size 8. She has hazel color eyes and dark brown hair color.

Ishitha initiated her career as a child star in the year 2007 with the movie “Aap Ka Surror”. She has appeared in a number of television commercials for brands like Dettol Liquid Handwash, Vaseline, Medimix Soap, Colgate, Nestle etc. Ishitha Chauhan also appeared in the movie Hijack in the year 2008. She played the role of Vikram Madan’s daughter named Priya Madan.

In the year 2014, she made her debut in the leading role with Malayalam suspenseful story Asha Black. The movie received diversified reviews from critics. Ishitha made her female debut lead with thrilling action movie “Genius” along with debutant Utkarsh Sharma, directed by Anil Sharma in the year 2018. The movie received undesirable reviews from critics. Ishitha also walked on the ramp as a model in numerous parts of India as well as abroad.