Jacqueline Samantha Sandler aka “Jackie” (born on September 24, 1974) in Coral Springs, Florida, U.S. She is an American actress and model.

With the success of this movie, in 1999, Rob Schneider introduced her to his good friend, Adam Sandler, who gave a part to Jackie in the movie Big Daddy (1999). She performed as the server and was also a music assistant. Afterward, she performed a part in the movie Little Nicky (2000), alongside Adam Sandler.

Sandler got the great opportunity to play the main part in the animated movie Eight Crazy Nights (2002). She voiced the character of Jennifer, making this her first major role in a movie alongside Adam Sandler and Rob Schneider. She played a part as the bartender in the movie Duplex (2003), directed by Danny DeVito.

In a hit comedy/romance movie 50 First Dates (2004), she played the part of the dentist alongside Adam Sandler and Drew Barrymore. She starred as herself on the episode VH1: All Access: Celebrity Weddings (2004, TV series), just one day before her one-year wedding anniversary with Adam.  She grew up as a Christian, afterward she converted to Judaism when marrying Adam.

School: Tisch School Of The Arts 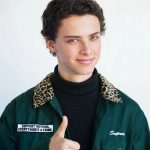 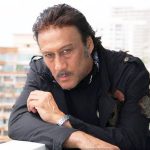