Jayamala is an Indian actress and politician. Also, she served as the Minister for women and child development and empowerment of differently-abled and senior citizens in the government of Karnataka. She is a member of the Karnataka Legislative Council.

Jayamala also served as the female president of the Karnataka Film Chamber of Commerce between 2008 to 2010. Apart from her political career, she built her career in the field of acting.

She has acted in various Hindi language movies for which she got appreciated by everyone including her fans and followers. There is no doubt that her acting prowess is truly admirable.

She has predominantly worked in Kannada movies and some of them are popular, such as; Premada Kanika, Shankar Guru, Antha, and Chandi Chamundi among several others.

Besides acting, Jayamala has produced and acted in the award-winning Thaayi Saheba.

The veteran actress has established her wider career and got huge plaudits from the viewers for her incredibly amazing performances. 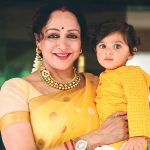