Joséphine Jobert was born on 24 April 1985 in Paris, France. She is a French actress and singer. She is best known for her role in Death in Paradise 2011 with co-stars Elizabeth Bourgine, Danny John-Jules, and Don Warrington. Joséphine Jobert played her role brilliantly as Detective Sergeant Florence.

She is the daughter of Véronique Mucret Rouveyrollis who is a famous photographer, musician, writer, actress, and director. Her father is Charles Jobert, a Cinematographer. Joséphine Jobert family background is quite artistic including her paternal aunt Marlène Jobert and cousins Eva Green and Elsa Lunghini. At the age of 12, Jobert moved to Montreal, Quebec, Canada with her parents. She studied performing arts, learned to sing and act, and henceforth she took her first step into television. With the appreciation, help, and endless support from her parents and friends, Joséphine Jobert participated in the creation of songs, videos, and web series. She attended Coda Music School.

Joséphine Jobert started her TV acting debut with Our Pension Years, French name Saint-Ex, nos années pension with co-stars James Champel, Alexandra Naoum, Lilly-Fleur Pointeaux, and others. In 2007, Joséphine Jobert made her appearance in Summer Crush alongside David Tournay. However, from 2008 to 2014, Jobert has appeared in several French television series. She took her first English-language role in the BBC One series Death in Paradise. Due to some circumstances, she left the show at the beginning of 2015, but she is now back with the tenth series in 2021.

No awards or nominations were recorded.

Known For: Playing Detective Sergeant Florence Cassell in the BBC One series Death in Paradise. 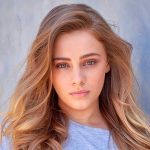