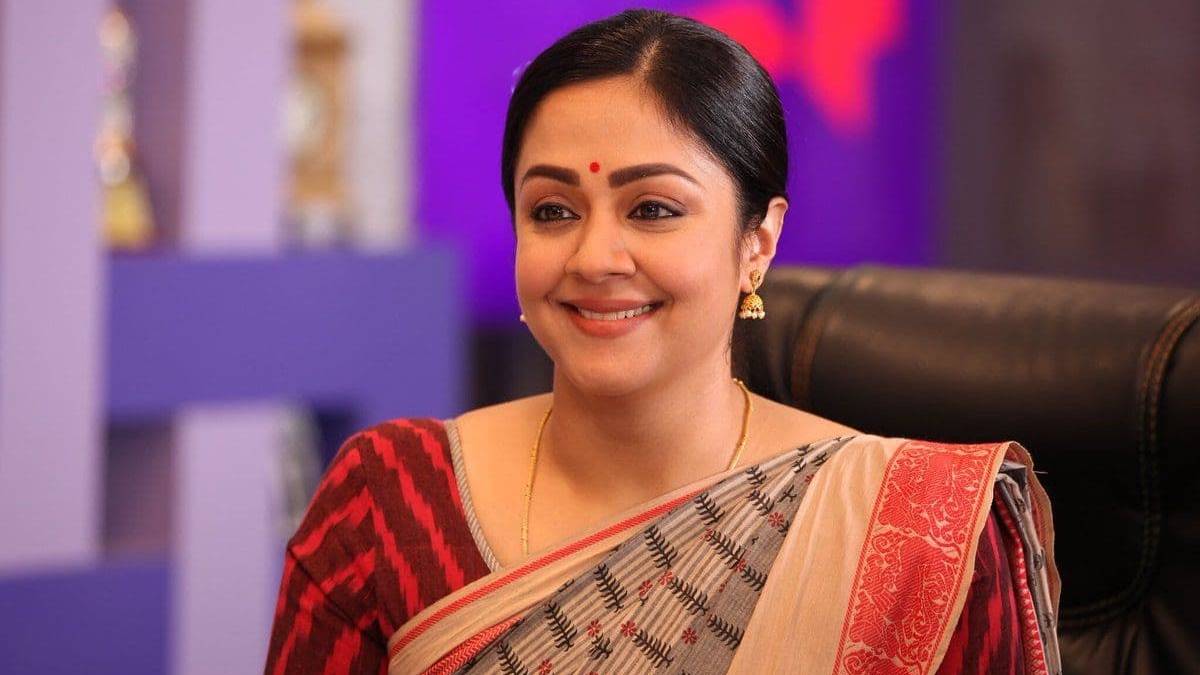 Jyothika Saravanan, an Indian actress who works in South Indian cinema. She has acted in many Tamil films, Telugu, Malayalam, Kannada, and Hindi movies. She is an award-winning actress who has won many awards for giving outstanding performances.

She made her Bollywood debut in Priyadarshan’s 1997 Hindi film Doli Saja Ke Rakhna. Her first Tamil film was Vaali (1999) and her first Telugu film was Tagore (2003), opposite Chiranjeevi. She won her first Filmfare Award for Vaali (1999) as Best Female Debut – South.

Jyothika left the industry at the peak of her career when she married Tamil actor Suriya on 11 September 2006, after being engaged for several years, and with whom she starred in seven films.

After her comeback, she was awarded the Filmfare Critics Award for Best Actress – South for her role in 36 Vayadhinile (2015).

However, the actress gave brilliant performances but she didn’t continue her career in the field of acting. She is still known for her notable work and performances.

Among various awards, the actress was awarded the three Filmfare Awards, three Tamil Nadu State Film Awards, four Dinakaran Awards, International Tamil Film Awards, Cinema Express Awards, and other awards and nominations. She is also a recipient of the Kalaimamani Award. She has been ranked among the best actresses of South India by The Times of India.

Check out exclusive ➡ facts about Jyothika.