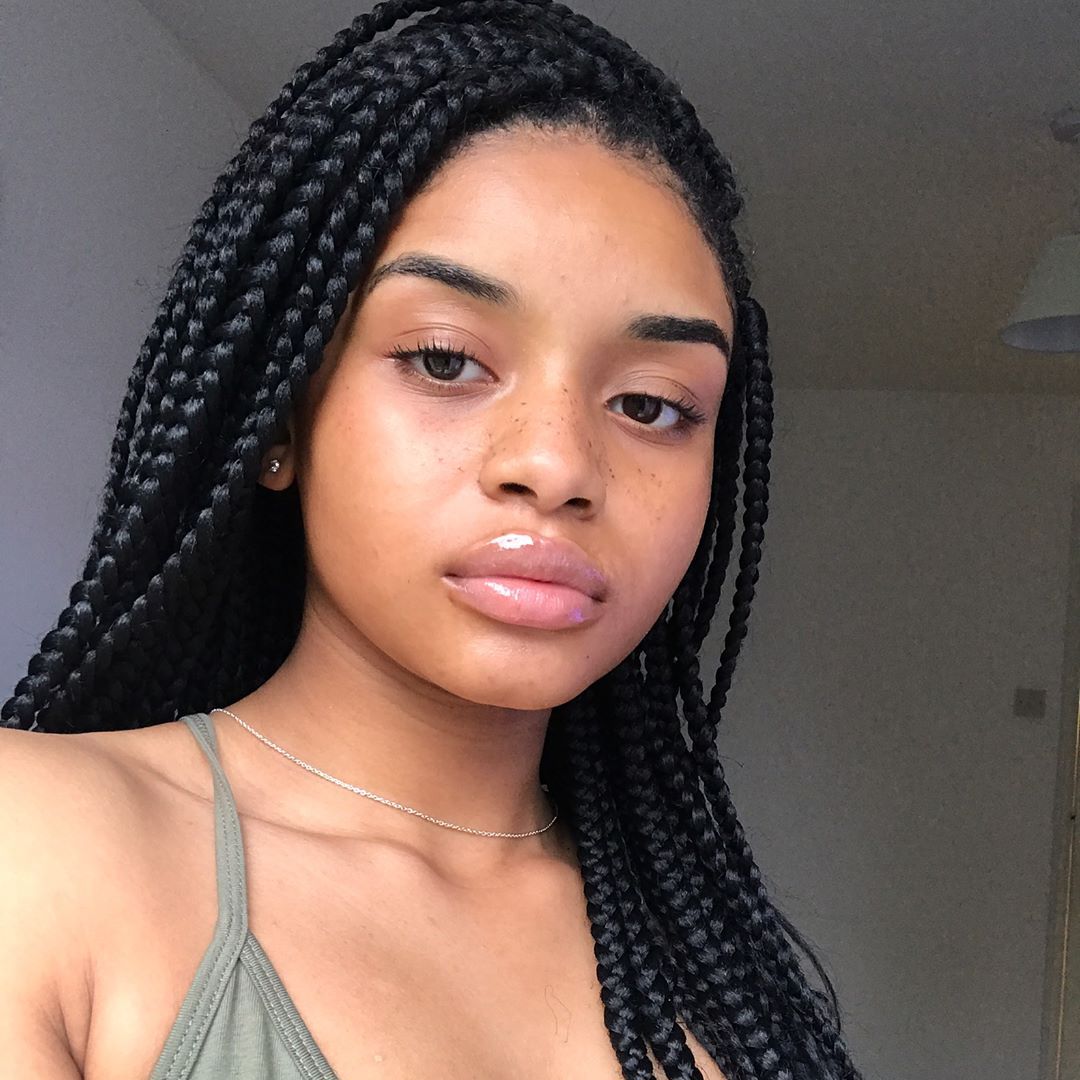 An English Internet celebrity and Instagram personality, Kenza Boutrif has been associated with notable fashion brands and also worked for individual fashion designers. Also, she is an ambassador of many clothing and other brands as she often seems busy promoting various fashion brands on her Instagram handle. She is blessed with over 900K followers.

Besides clothing and fashion brands, Kenza is also associated with many hair care brands including ‘Capelli Amore Hair’, ‘HerHairUk’, ‘BellaHair’, and others.

As of now, Kenza is just 18 years old as she celebrates her birthday on 1st August 2001. According to her date of birth, her zodiac sign is Leo. The young model and social media celebrity have British nationality and she is of Congolese descent.

Kenza Boutrif comes from a family of Algerian and Congolese descent. During her childhood, she was inspired by social media. In 2016, she created several social media accounts on different platforms and started posting her photos and videos.

Because of her good looks and innocence, she started getting followers on her Instagram handle. She is popular on social media and grabbed everyone’s attention.

Moreover, she was approached by many fashion brands and fashion designers who offered her to sign business deals with them.

Kenza Boutrif started her career as a model as she attracted massive followers within a few months. Later, she signed contracts with various fashion brands, like; Fashion Nova’, PrettyLittleThings’, ‘EnvyShoes’, ‘House Of CB’, and many others that are well-known for their brand name.

Later on, she moved her interest into clothing and make-up brands and started promoting on her Instagram page where she has a huge fan base. Also, she has been connected with individual fashion designers to help and promote their brands.

As a model, she has worked for many haircare and nailcare brands including ‘Capelli Amore Hair,’ ‘Shea’D Beauty,’ ‘HerHairUK,’ and ‘Bella Hair’ etc.

She is also famous for her talent of lip-syncing videos wherein she can be seen lip-syncing on popular rappers and musical artists’ songs. Among many, she is notable for Migos’ ‘Brown Paper Bag’ and Drake’s ‘Gyalchester.’

Additionally, she is active on all her social media accounts where she has a massive fan following. She is active on SoundCloud, Snapchat, Twitter, and others. Kenza also got several modeling assignments for which she got positive feedback

In January 2017, Kenza Boutrif participated in a photoshoot for a company titled ‘Galore Lashes.’ In addition to her career, she is also an entrepreneur and manages her own online clothing line that sells footwear, shirts, and pants.

The young, most-acclaimed social media celebrity, Kenza Boutrif has achieved much appreciation for her work and contribution to the modeling and fashion industry. Moreover, she has a large number of fans who never stop praising her for her achievements.