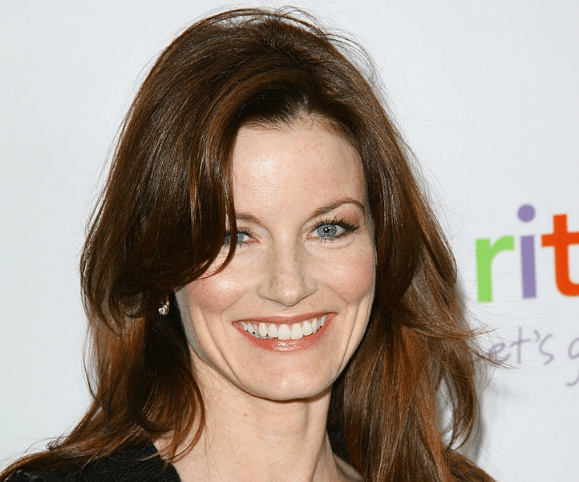 Laura Leighton was born on 24th July, 1968 in Lowa City. She is an American Television and Film actress. She received her graduate degree from West High School in early 1986. During her high school days, she was individual personnel of The Good Time Company school choir where she enjoyed various group musical performances. She was likewise the school cheerleader.

Laura Leighton began her professional career by performing in a Dep Hair Gel and Pizza Hut advertisements during the mid-1990s. After that, she made her breakthrough performance in the primetime drama series Melrose Place as Sydney Andrews from 1993 to 1997.

Laura Leighton showed up on the covers of various magazine such as People, Rolling Stone, and Entertainment Weekly during the show Melrose Place prevalence. Laura Leighton co-featured in the driving appearance in the movie In the Name of Love: A Texas Tragedy, where she portrayed the character of Laurette Wilder. Later, she performed in the TV series The Other Woman as Carolyn Bryan, who was a model on the CBS Network.

In 1995, Laura alongside the musician Rancid hosted a show Saturday Night Live in its few episodes. Laura Leighton acknowledged a supporting role on the TV series Beverly Hills, 90210 where she performed the character of Sophie Burns. She supposedly got 6 figures per episode compensation. Laura showed up in Jeff Fisher’s Angels, Baby alongside Paul Lazarus’s short movie Seven Girlfriends in which she depicted along with Tim Daly. Later, she portrayed opposite Jack Noseworthy in the action movie The Clean and Narrow in 2000.

During the 2000s, Laura Leighton made various guest appearances in the shows The Outer Limits, Cupid, Boston Legal, CSI: Miami, Shark, and Special Victims Unit. Further, Laura featured as Joanne Sanders in the Lifetime picture A Deadly Encounter in 2004. She likewise showed up in the thriller movie The Burrowers that was coordinated by J.T Petty. Laura also portrayed a lead role along with Sebastian Spence in the Hallmark film Daniel’s Daughter.

In 2009, Laura Leighton starred in a leading character of Ashley Marin in the TV drama arrangement Pretty Little Liars, that was based on the novel of Sara Shepard. She remained in all the 7 seasons of the series till its finale in June 2017.

Stay connected to discover more about Laura Leighton and her lifestyle.