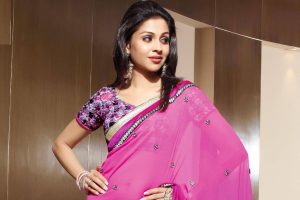 Manasi Salvi is a film and TV actress, hailing from India and works in the Hindi and Marathi film and TV industry where she performed in a variety of projects. From 2001 to 2003, she performed in a serial “Koi Apna Sa” while she performed in another serial “Pyar Ka Dard Hai Meetha Meetha Pyara Pyara” which had run from 2012 to 2014. In 2005, she got married to Hermant Prabhu who is the director of the TV serial “Siddharth” which was aired on Star One.

In 1996, Manasi Salvi took the start of her career with a serial “Kahan Se Kahan Tak” which was aired on Zee TV channel and she appeared in a supporting role. In 1998, she then made an appearance in the serial “Ashirwad” which had run till 2001 on Zee TV. Since then, she never looked back and appeared in many TV serials including “Aahat”, “X-Zone”, “Kartawya”, “Koi Apna Sa” which was directed by Ekta Kapoor. In 2003, she appeared in the most-watched serial “Son Pari”. While some of her other projects include “Raavan”, “Asambhav”, “Awaz”, “Kuch Pal Sath Tumhare”, “Wo Rehne Wali Mehlon Ki” and others that are worth sharing. Moreover, she has worked in more than 30 TV serials for which she got huge acclaim and much recognition. Apart from this, she worked in some Marathi movies including “Aai Shappath” in which she appeared as Gargi Devki Desai and it was released in the year 2006. In 2011, she also worked in “Sadarakshanaay” in which Salvi appeared as ACP Vidya Pandit. In the same year, she gave an appearance in another movie “Khel Mandala” in which she appeared as Sheetal. In 2013, she also performed in “Asa Mee Ashi Tee” in which she appeared as Rhea.