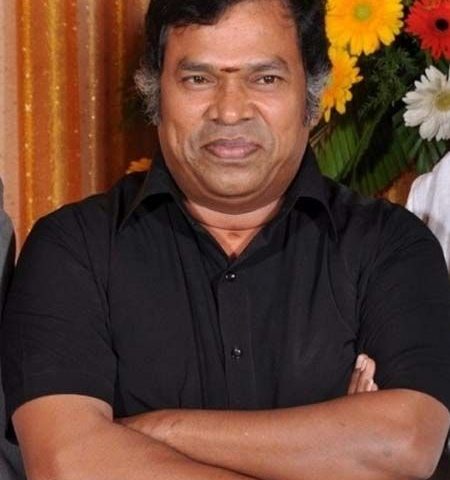 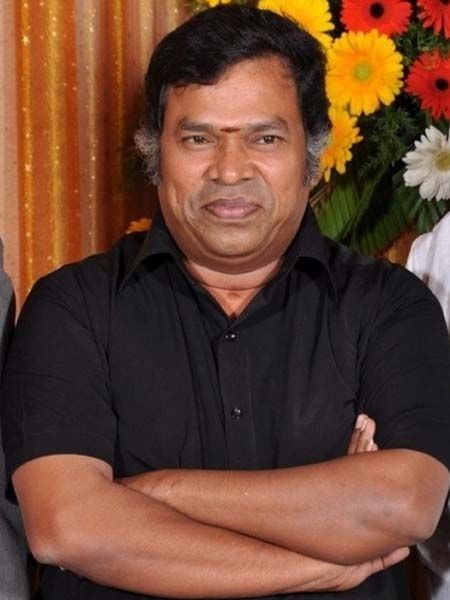 Mayilsamy is an Indian actor, a comedian who predominantly works in the Tamil film and entertainment industry. He is mainly known for the powerful, supporting roles and appeared in numerous Tamil movies. Also, he appeared as a judge on “Asathapovathu Yaaru” which was aired on Sun TV, Chennai. Besides, he worked in several movies, such as; “Duet”, “Ghilli”, “Kangalal Sei”, “Rendu” and the list goes on.

Mayilsamy made his acting debut with “Sirrippu Isai” in which he appeared as a comedian and proved himself the best, successful comedian. He then, teamed up with Lakshman for the outstanding, mimicry releases, such as; “Sirrippo Super Sirippu”, Meendum Sirippo Sirippu” and others are worth sharing.

At the age of 20, he made a film debut with “Kanni Rasi” which was released in 1985. Since then, he appeared in numerous prominent roles in a large number of movies, like; “Villadhi Villain”, “Sivalingam” and others.

From 2000, he gained recognition of being a sidekick to Tamil comedian and appeared in films titled “Dhool”, “Kanden”, “Vivek” and other notable movies are worth watching.

In 2009, he announced that his son was ready to join the acting line and helped him to get featured in the film named “Parthom Pazaginom” which was a Rasu Madhuravan’s directorial and released in 2011. Since then, his son started appearing in various movies and made him a proud father.

Among prestigious achievements, Mayilsamy won the Sun TV Telly Awards for the Best Host in 2003.