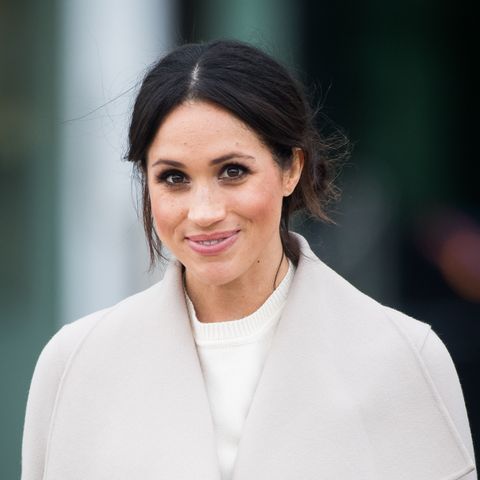 Meghan, Duchess of Sussex, was born as Rachel Meghan Markle on 4th August 1981. She is a former member of the British Royal family and an actress. After megxit from the royal palace, the gorgeous lady is living her life independently with her beau Prince Harry and a daughter Archie.

The couple is now living their life without any restrictions or boundaries. The former couple is enjoying doing what they want to do. And that’s the reason, Meghan Markle has returned back to her screen career. She has been making appearances in the series since their exit.

Being a former actress, Meghan Markle has played a variety of roles. During the beginning of her acting career, she had some difficulties in playing roles. What was the reason? Once she revealed that she was not so black for black roles, not so white for white roles. So, it was a hard time when she had to struggle for getting acting gigs.

Before acting, she worked as a calligrapher and taught bookbinding. Her first on-screen appearance was as a nurse in an episode of General Hospital, for which her father was lighting director.
Markle appeared on the television shows Century City (2004), The War at Home (2006), and CSI: NY (2006) in small roles. According to the Taft-Hartley Act, she reported that she was a SAG-AFTRA member when cast in Century City.
She also worked as an actress and model, including a stint on Deal or No Deal with the US-version. She also starred in Fringe’s second season as Junior Agent Amy Jessup in the first two episodes.
Meghan Markle, however, has made a wide career for herself and received praise from many of her fans and followers. She became a public figure after she married Prince Harry and became known for being a member of the royal family.

Meghan Markle is a public figure and is known for her incredibly amazing contribution to Hollywood cinema. Also, being a former member of the British Royal family, she has been the center of attention. Moreover, she is an award-winning actress.

Known For: Meghan, Duchess of Sussex (American-born member of the British Royal Family)