Michela De Rossi was born on January 25, 1993, in Rome, Italy. She has a brother, Stefano De Rossi. She joined the Balletto Di Roma Dance school where she learned classical, contemporary, and modern dance. After that, she first joined the International Academy of Dramatic Art Qacademy Quirino Theater in Rome, where she learned to act and completed her three-year diploma.

She appeared her debut in the HBO max film “The Many Saints of Newark.” She performed the lead role of Giuseppina Moltisanti, along with Michael Gandolfini & Alessandro Nivola.

In an interview, De Rossi opened up about her shocking moment. She remembered receiving a call from her agent telling her she had to travel to New York the following day for an audition.

For the first time, she feared flying because she had never traveled alone before. She had never flown out of the country. She received a call telling her they selected her for the audition. One of her decisions totally changed her life. 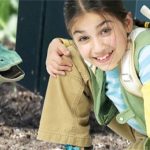 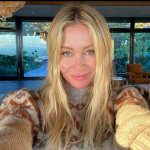