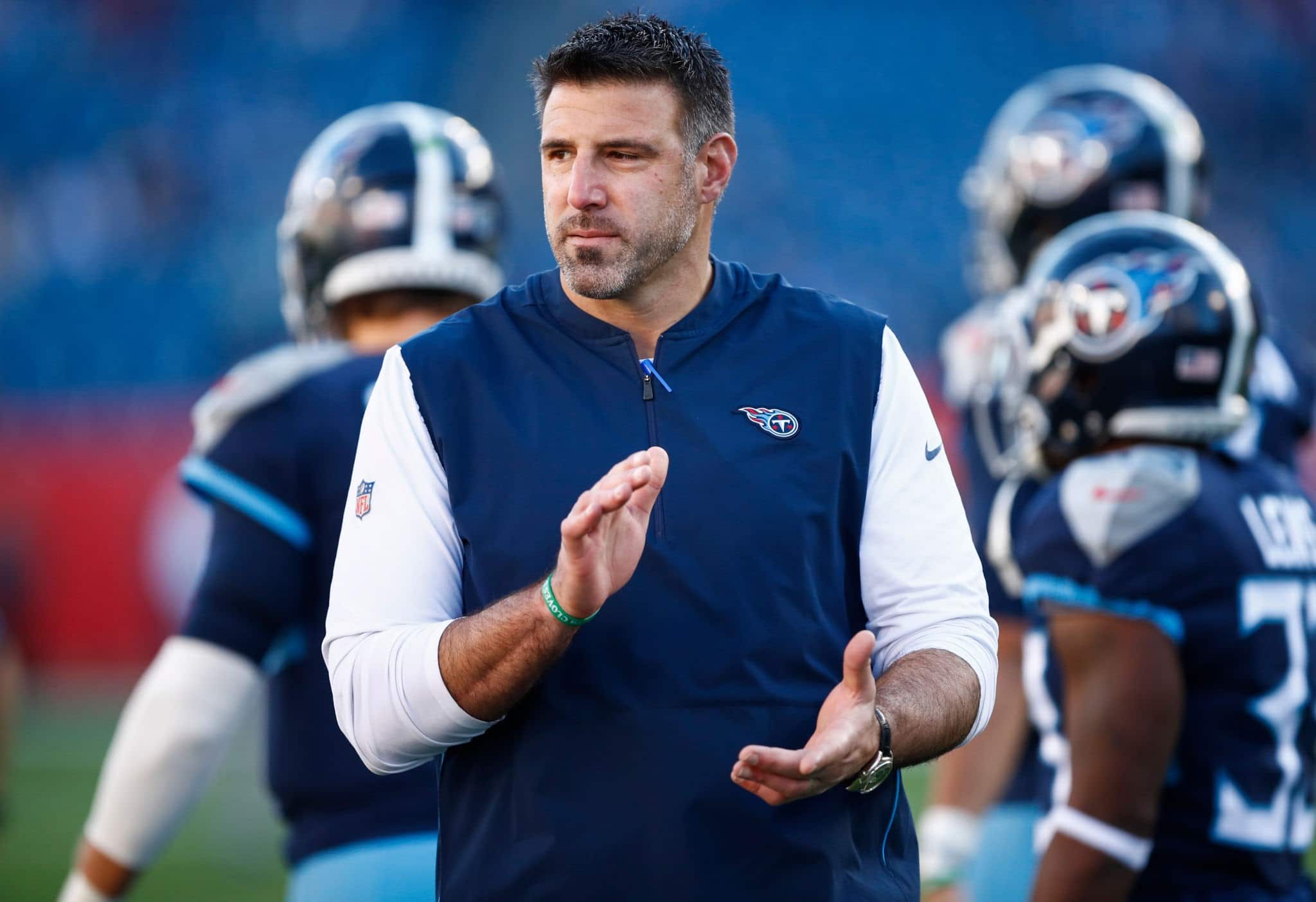 Michael George Vrabel is an American football coach and former linebacker. He is the head coach of the Tennessee Titans of the National Football League (NFL).

Also, he played at ‘The Ohio State University’, where he earned consensus All-American honors. Vrabel was drafted by the Pittsburgh Steelers in the third round of the 1997 NFL Draft, joined the New England Patriots as a free agent in 2001, where he became an All-Pro and a three-time Super Bowl champion, then finished his career with the Kansas City Chiefs.

From 1993 to 1996, Mike Vrabel got an athletic scholarship to attend Ohio State University and played defensive.

Mike Vrabel compiled twelve quarterback sacks as a sophomore, thirteen as a junior, and forty-eight tackles and nine sacks as a senior.

In 1996, he was regarded as a consensus first-team All-American. He completed his career at Ohio State as the Big Ten Defensive Lineman of the Year in 1995 and 1996.

He became the second player who won the award twice- Wendell Bryant of Wisconsin being the other. He assembled 36 sacks and 66 tackles for a loss.

One of his life’s greatest achievements is when Mike Vrabel won NFL- Super Bowl. He is recognized as a legend as he established his bold career.

Known For: head coach of the Tennessee Titans of the National Football League (NFL)