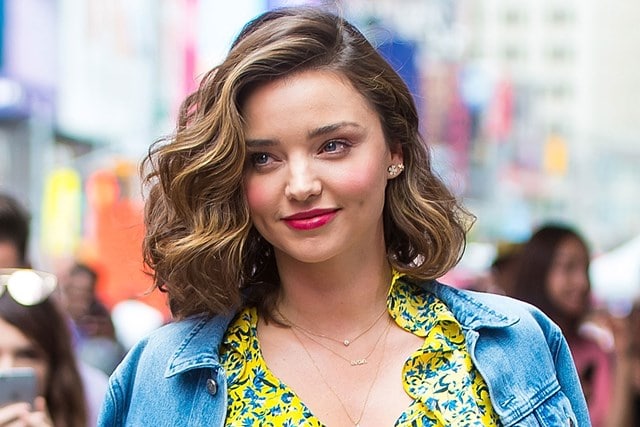 Miranda May Kerr, popularly known as Miranda Kerr who is an Australia model, actress and is known for her excellent modeling skills that won the hearts of many. In 2007, she came into the spotlight as one of the Victoria’s Secret Angels and became their first model which also represented the Australian department store chain by David Jones. Also, Miranda Kerr is a great business tycoon as she launched her own beauty brand comprises of skincare products, named “KORA Organics”. Alongside this, she is a brilliant author of a self-help book.

She was born in 1983, Sydney, Australia, and raised and grew up in Gunnedah, New South Wales with siblings and parents who became the strong support system throughout her career. Miranda Kerr was born to Therese (mother) and John Kerr (father). She is of English, Scottish and French ancestry.

In 2000, Miranda Kerr did graduation from All Hallow’s School in nutrition and health psychology. After completing studies, she started her career in modeling and modeled for various notable brands.

Australian beauty took a step in the fashion industry and started won the Dolly Magazine model search completion which was held in 1997. It was the time when she was just 13 years of age.

Well, sine 2008, she has constantly placed the top-ranked on Forbes list of highest-earning models. And this is a big win for acclaimed models like her.

Later on, she modeled for the magazine and since then she became a fashion icon in the fashion, beauty, and entertainment industries.

Various controversies were sparked and she faced extreme outrage for being a young model as she modeled for fashion, beauty, and entertainment. The majority of people were against her Dolly shoot images as she was so young and modeled in bathing suits. Well, this was not new for her as every star faces backlash over such kind of work.

Besides modeling, she is blessed with exceptional writing skills and has written a self-help book titled: Treasure Yourself” which was particularly written for female teenagers. The book was published in August 2009 which was a great asset for us.

In 2009, she launched her own brand of skin care products “KORA Organics”. Since then, she became the face of the company.

She also modeled for the XOXO campaign, Forbes 2009 list as she considered the highly-paid model. Also, she signed a contract with IMG Models, and likewise, she modeled for various brands including Next Model Management Company that she left before joining IMG Models.

Apart from this, she walked for various brands summer/spring collections for renowned fashion designers and directors, such as; Nicolas Ghesquiere.

However, she has made a broad career in the field of modeling and has been winning the hearts of millions of her fans and followers across the globe.

Apart from this, she has acted in a film made a debut film “The Bling Ring” which was released in 2013. Besides, she appeared in various television shows including “How I Met Your Mother” (2007), “Project Runway All Stars” (2012) in which she appeared as a guest judge.

In 2012, she appeared as a guest judge in “Project Runway Australia” and as a guest mentor on “Australia’s Next Top Model” in 2016.

She has earned numerous awards and honors and her bright, broad career is the biggest victory of her life as she has proved herself as the successful lady in the cinematic world and also known for her contribution to the modeling.