Mohit Mangi was born on 19-06-1999 in Ludhiana in the state of Punjab, India. He is an Indian Songwriter who is known for his Famous Lyrics. He has had a keen interest in singing & Written Songs since his childhood.

Mohit Mangi has become a youth icon at a very young age and established a good relationship with talent. He completed his matriculation from Sunrise Vidya Mandir School (Jamalpur Ludhiana). He was taking part in singing and Lyricist competitions during his study and won many prizes. He got inspired by a Punjabi singer named SINGGA (Singga Bolda Veere).

Famous lyricist of Punjab, Mohit Mangi, has ruled the hearts of people by writing good songs at a very young age! Mohit says that he started writing songs from the tenth class itself, he was very fond of writing music and songs from the very beginning.

Mohit says further that whenever I used to be free, he used to sit at home or in school, take his pen and write a new song.

Mohit tells that his friends and his relatives used to make fun of him that this is the work of big people, it will be nothing without money but he proved them wrong because his second song hit 1 million YouTube views.

Mohit says that if you have money to do this work, then everyone will salute you, if you do not have money, then many people will tell you that it will not happen to you. 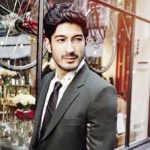 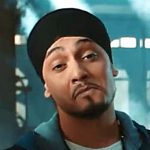