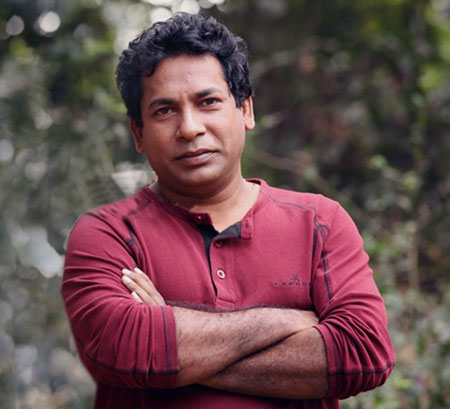 KM Mosharraf Hossain, popularly known as Mosharraf Karim who is a Bangladeshi actor and works in films and TV serials. He was born on 22nd August 1971, Bangladesh where he grew up and studied. After completing his studies, he then started working as a theatre actor in the 1980s with “Nattokendro” where he performed in various theater plays and served for 16 years. In 1999, he appeared in TV serials and made his debut serial “Atithi” which was directed by Ferdous Hassan.  He is popularly known for his brilliant acting skills and amazing expressions that are enough to win the hearts of many. Moreover, he also worked with “Chabial” and worked along with a famed TV director Mostafa Sarwar Farooki. He made an appearance in various TV serials for which he got much success.

The most talented star, Mosharraf Karim has built his career broad and has worked in many TV serials and films for which he got various awards. Some of his popular projects include “Houseful”, “Sakin Sarisuri”, “Family & Friends”,” Aim In Life” and others that are worth sharing. Initially, he took the start of his professional career as a theatre actor with “Nattokendro” where he did various plays under their production. He played a variety of roles for which he got much acknowledgment and he worked there for 16 years. Later, he worked along with a famed TV director Mostafa Sarwar Farooki and Chabial. In 2004, Karim worked in the two popular telefilms including “Kyarom” in which he worked alongside Nusrat Imroz Tisha. In 2009, he made his debut movie “Third Person Singular Number” in which he worked alongside his co-star Nusrat Imroz Tisha. While his first TV debut serial “420” was aired on Channel I. Among other projects “Vober Hat” and “Ghor Kutum” are the most popular. While he also worked in a Bengali film named “Daruchini Dip” which was directed by Tauquir Ahmed. However, he has acted in a variety of projects and gained huge recognition during his career life.