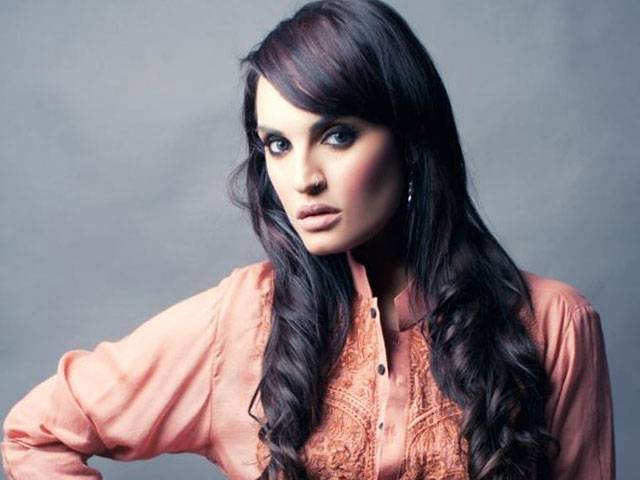 Nadia Hussain is an outstanding Pakistan Television actress, model, fashion designer, host and a dentist. Most of all, she is a mother to 4 cutest kids. One of the hand-picked models in Pakistan fashion industry, Nadia Hussain has become a universal name while it comes to fashion. Not only in her career in modeling, but her acting in a number of dramas has also supported her achieve immense fame. With gorgeousness that is mesmeric, with talent everyone desired for, Nadia is one of the top reasons in advancement of Pakistan fashion industry.

Nadia Hussain was born in Karachi, Pakistan on 11th January, 1979. She started her schooling at Beaconhouse School System and once completing her early education, she got admission in Fatimah Jinnah Dental College with the intention of completing her graduation. Heading towards her family, Nadia’s father was much supportive for her whereas her mother wasn’t that compassionate though her father always assisted her to do what she desired to do in life.

As everybody knows, Nadia Hussain is a quite hardworking lady and receives immense admirations from all. In the year 2003, she got married to a stockbroker named Atif Khan. Nadia Hussain is a mother of four kids with two sons Sherdad and Sasha and two daughters Shadal and Shanza.

Nadia Hussain made her entrance in showbiz when she was a child. She appeared in a video for her aunt Tina Sani and also did a commercial. At the age of 19, Nadia was introduced to showbiz by Mubashir Khan and she did her first contract for modeling. Except Pakistan, Nadia Hussain was also nominated as Bridal Asia across India.

Nadia Hussain started her acting career with drama serial Manay Na Yeh Dil in the year 2008 alongside Ayesha Khan and Faisal Qureshi. She has also performed in a number of super hit Pakistani dramas like Ladies Park, Noor Bano, Sitamgar, Choti Si Kahani, Shert and numerous others and substantiated her as a successful actress across Pakistan. At present, the 40 years old Nadia Hussain is working at her own dental clinic and also owns a beauty salon named Nadia Hussain Salon located in Karachi. Undoubtedly, she is one of the most adaptable females across Pakistan.

Hussain started her showbiz career at the age of nineteen years with the modeling in the TV commercial and her aunt’s music video. Her professional modeling career started by the introduction of Mubashir Khan, along with she signed her first modeling contract. She stepped to the peak of success in modeling and became the only Pakistani model who was chosen by Rizwan Beyg for the Sarajevo Fashion Week. She has also appeared in many brides shoots of Asia

Nazia has also hosted TV shows such as Ittihad Ramzan transmissions on Geo TV in 2018. She is also the honor of “Nadia Hussain Salone” and “Fetish”, collections of lawn and footwear line. Additionally, the multi-talented lady is also a practicing dentist and working in her own dental clinic.

Her notable television performances are:

Nazia Hussain is one of the most known and senior models of television. She has also been a supermodel of Pakistan showbiz. She has remained the honorable Judge of many competition shows. Along a huge number of her fans she also the winner of two Lux Style Awards in 2009, for Model of the Year Female – 2009 and for Best Model Female –2009.