Naomi Watts is one of the most talented actress and she continues to deliver amazing performance yet today at such an old age. There was time when she was told that her career will be over at 40 but she is busy and booked haha!

Right now, she stars in two psychological thrillers i.e., The Watcher in Netflix and Goodnight Mommy in Amazon Prime.

“We’ve always been reduced to being crazy old crones, and there is a point in time during perimenopause that you do feel like you’re losing yourself,” @naomiwatts says. “I would like to see more information about how you do get yourself back.” 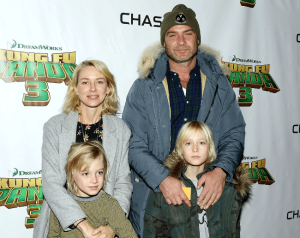 Naomi Watts is currently working as a lead role as Nora Brannock in the horror mystery drama series i.e., The Watcher (2022).

Plot of the mini tv series: A married couple moving into their dream home are threatened by terrifying letters from a stalker, signed – “The Watcher.”

Other movies Naomi is currently working on: