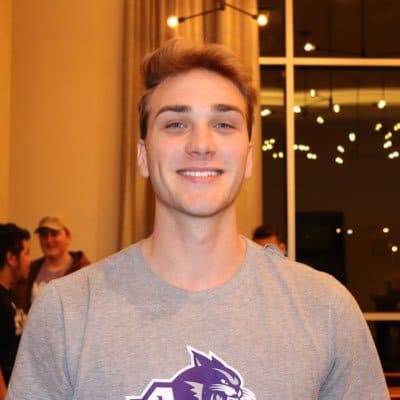 Alex Huff is an American actor. He was born in Edgewood, KY, USA in the year 2004 and he is currently 17 years old. Alex owns American nationality. In 2011, his family moved to Atlanta where he started his education. His mother and father named, Viviana Goldenberg and Willian Stacy Huff, he is the only son of his parents. The actor is well known for Cobra kai, Fear Street, and Forever My Girl. Alex appeared in various movies and did a remarkable job. He was highly praised by the audience, his fans like his cuteness the most. He is also known for his charming personality. He looks great on screen, he has a good height of 5 feet 2 inches with a weight of 47kg. Alex’s body type is slim with brown hair and beautiful blue eyes. Here are some interesting facts about Alex’s personality.

After moving to Atlanta he went to J.C Both Middle School in Peachtree City for his schooling. He takes enrichment classes and participates in the school of Orchestra. Alex was performing in Musical Theater since the age of 6.

Alex Huff participated in several movies. He played a role with Paul Rudd in â€œThe Fundamentals of Caring and in Aubade he played the character of blind Conley with Adam Boyer. He was appeared as Mean Sunnyval Jailer in Fear Street part 1 in the year 1994-2021.

Alex was also a part of musical theater and made a good name in this field. He appeared in several professional productions such as The Music Man, Priscilla, and Michael Banks in Mary Poppins. He has been nominated for the Metropolitan Theater Awards Best Youth In Musical Theater in the year 2017.

Alex won several awards in instrumental and voice competitions such as competition among then Kiwanis talent competition and Carnegie Hall American Protegee International VoiceCompetition, where he was awarded first place in 2016 and 2017 singing Opera and Broadway repertoire.

Alex is good at studies his favorite subjects includes Astronomy, Mathematics, Physics, and Chemistry. He likes to travel with his family to his favorite destination named New York. He likes Orange and Bold Blue colors, mostly he wears blue outfits.

Alex Huff is keenly interested in music, as his interest is very wide like acting, dancing, singing, playing piano and viola. His most favorite hobby is playing video games.

Alex is a very active member of social media like TikTok, Instagram, Facebook, Twitter. He is a big fan of TikTok, he makes videos on TikTok and shares them with his fans. He has a good number of followers in his TikTok account.

Although Alex is a very young artist he earned a good amount from his work. According to records, he owns a net worth of USD $ 500K approximately.